Jason Statham’s new protagonist is seeking revenge through his latest heist in an exclusive clip from his upcoming crime thriller, ‘Parker.’ The clip from the film, which is being distributed by FilmDistrict, was released by online entertainment network Machinima. ‘Parker,’ which is set to be theatrically released on Friday, was directed by Taylor Hackford and written by John J. McLaughlin.

The clip follows the title character, played by Statham, a professional thief dressed in different aliases as he states his personal code of ethics: don’t steal from people who can’t afford it and don’t hurt people who don’t deserve it. The actor states how his character’s whole business is corrupt, and he’s just taking his piece of the pie. Statham adds that there’s continuous adrenaline throughout the film, which leaves viewers wondering if his character can make it to the end. Hackford also states how Parker is a tough individual as shots of the title character fighting his enemies roll.

‘Parker’ follows the title character during his latest heist, as his crew double crosses him, steals his stash and leaves him for dead. Parker tracks them to Palm Beach, where they’re planning their biggest heist ever. Disguising himself as a rich Texan, Parker takes on an unlikely partner, Leslie, portrayed by Jennifer Lopez. Short on cash, Leslie is a savvy insider, and is big on looks, smarts and ambition. Together, the two devise a plan to hijack the latest heist, take his old crew down and get away clean.

Watch the new exclusive clip from ‘Parker’ below. 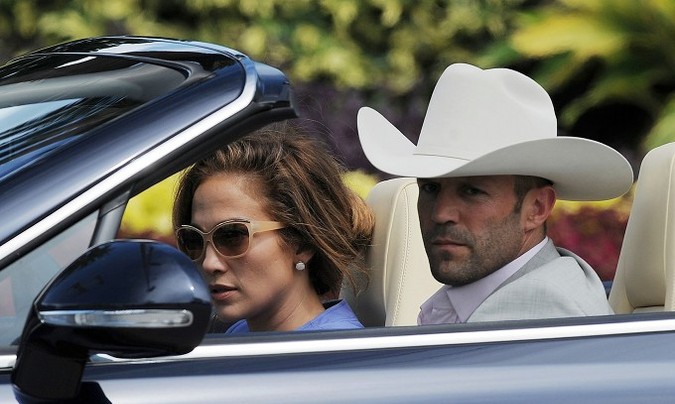