Meat monsters, flying moustaches, chest-sucking slugs and bratwursts that function as cell phones. Think all that’s a challenge to sell on the big screen? Director Don Coscarelli takes it one step further aiming to do just that within a non-linear narrative in his adaptation of David Wong’s off the wall, time-traveling novel, “John Dies at the End.”

The film stars Chase Williamson as Dave, a guy who goes from living the typical lazy slacker life to battling supernatural creatures and traveling to other worlds via a new drug known as soy sauce. In his attempt to rush his buddy John (Rob Mayes) to the hospital after indulging in a bit too much of the black stuff, David gets stuck with the needle himself, letting the sauce loose in his system, heightening his senses to a superhuman extent and making him the centerpiece of an epic battle to save the planet.

Think that sampling of “John Dies at the End” sounds a little off the rails? Just wait until you catch the full feature. The movie is currently available On Demand, but in honor of its January 25th theatrical release, Coscarelli sat down to talk soy sauce and all of its outrageous side effects. Check out what Coscarelli had to say about honing his narrative, finding the right actors to strike the perfect tone, the plan to manufacture meat monsters and more in the video interview below. 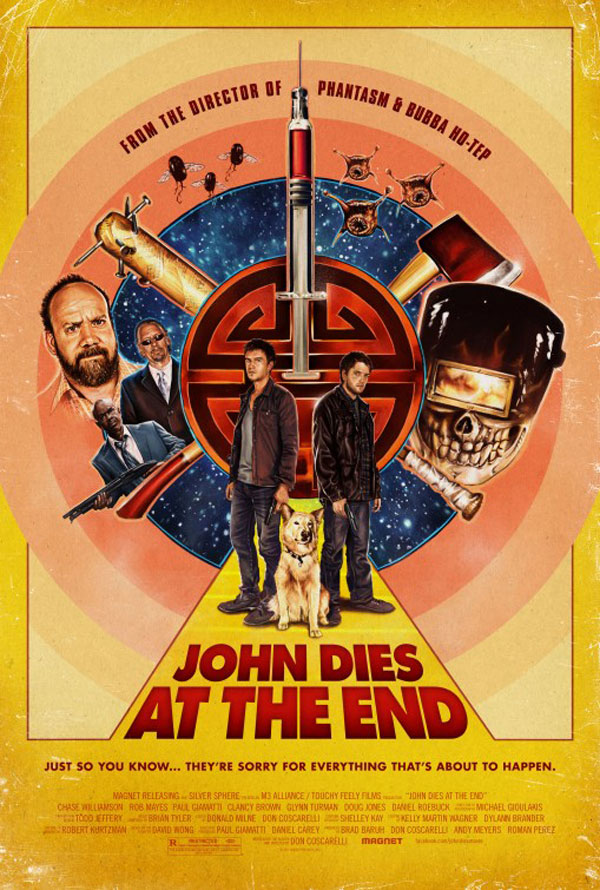