The lives of writers are inherently fascinating. What motivates them to create literary works is often worthy of examination for its own merit. Kill Your Darlings brings to the screen the stories of not one but three revered American writers, Allen Ginsberg, William Burroughs, and Jack Kerouac, recounting their adventures in New York in the 1940s with Lucien Carr. Not only is the film’s subject absolutely compelling, but first-time feature director John Krokidas has enlisted four fabulous young actors with extremely different backgrounds to portray these intellectuals at the height of their creative spirits.

Kill Your Darlings is a period piece, one which goes to great lengths to set up its surroundings and to make sure its characters feel authentic. Each performer contributes to the overall aesthetic, diving deep into the roles they have been assigned to create a working and believable whole. At the center of the film is Daniel Radcliffe, tackling his second film role since the Harry Potter series, as Ginsberg, displaying bewilderment and awe at the enchanting universe presented to him as he begins school at Columbia University. Dane DeHaan, who, along with Mia Wasikowska and Alison Pill, got his start as a depressed therapy patient on HBO’s In Treatment, demonstrates that he is one of the most talented young actors working today, imbuing Carr with a devilish seductive nature coupled with a firm antiestablishment sentiment that guides his every move. Ben Foster, now free from being typecast as a murderous psychopath, is excellent as the bizarre Burroughs, whose social skills fall extremely short of his intellectual prowess. Jack Huston, seen with half his face covered by a mask as hitman Richard Harrow on Boardwalk Empire, is a treat as Kerouac, whose excitable nature guides many of the film’s events. Watching these four minds interact is simply superb.

The rest of the ensemble contributes enormously to complete the film’s universe. Michael C. Hall gets a tremendous opportunity to have a film role worthy of succession to the TV parts that made him famous, as David, the professor whose excessive affection for Carr causes him to be perceived as a pariah by Ginsberg. Elizabeth Olsen is marvelous as Kerouac’s long-suffering wife, who protests her husband’s abuses but cannot find the strength to leave him. David Cross and Jennifer Jason Leigh have crucial small roles as Ginsberg’s parents, and Kyra Sedgwick appears briefly and memorably as Carr’s protective mother. Every cast member fits smoothly into the film’s time and setting, and the production values make it a gorgeous, visually mesmerizing throwback to another time.

Each actor is competent, and they are fortunate to be working with such a strong script from Krokidas and Austin Bunn. The film frames its events beginning with Carr’s incarceration for an initially unknown crime, and the gradual revelation of events leading up to that point is fully involving and completely engaging. The film is beautifully filmed, with cinematography by Reed Morano, and the editing provides just the right pacing, culminating in one especially terrific scene that combines multiple simultaneous moments into one stunning suite of crucial developments. There is an artistry to Kill Your Darlings that spectacularly parallels the intellectual brilliance of the creative people portrayed within it. 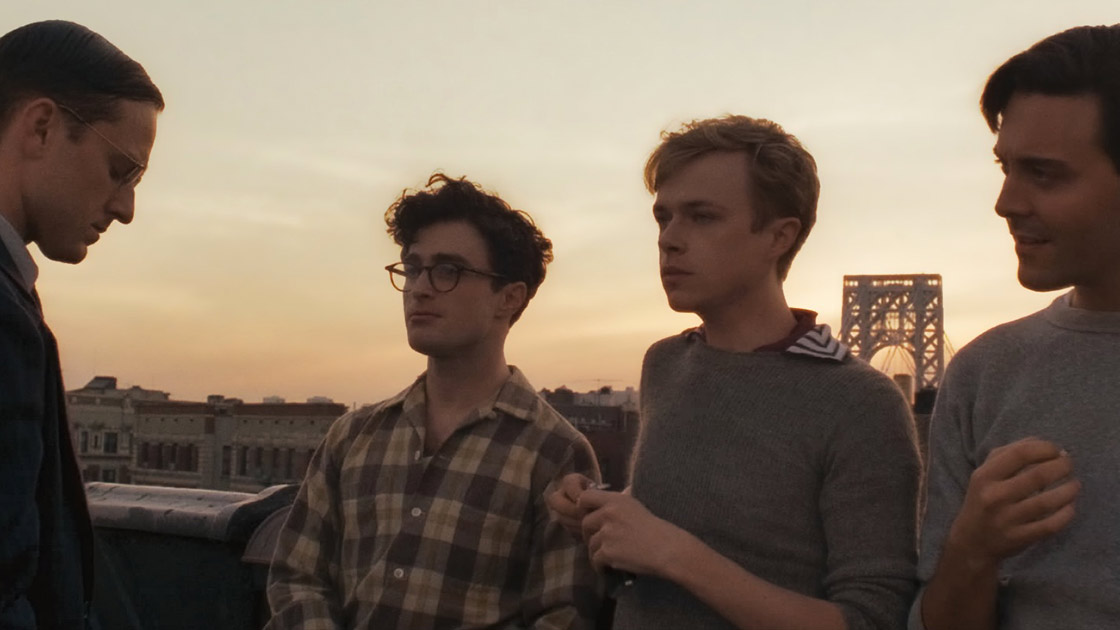