Title: The Look of Love

Michael Winterbottom is a filmmaker known for making movies that look and feel authentic. On his resume are The Killer Inside Me, A Mighty Heart, and Code 46, as well as many others. Funnyman Steve Coogan is one of his most frequent collaborators, and the two have once again teamed for a biographical film about Paul Raymond, who can best be described as the British Hugh Hefner, eternally committed to pushing the envelope with his Men Only magazine and other sexual and experimental exploits. It may well be Coogan’s most dramatic role yet, and it’s another marvelous cinematic success from this duo.

The Look of Love spans a long time period, starting out at the beginning of Raymond’s prolific period with his wife, Jean (Anna Friel). There is an infectious, promiscuous energy that Raymond gives off, touting his most controversial choices as his most worthwhile, and never failing to be charming to the public, especially woman. The film follows Raymond through the decades as he spent time alternately doting on and ignoring two other important women in his life, his mistress and girlfriend Fiona Richmond (Tamsin Egerton) and his daughter Debbie (Imogen Poots), demonstrating that his popularity and reputation were matched by the complex female relationships he had.

The Look of Love also masters the look of the times, outfitting its characters in colorful costumes and staging famous shoots from Raymond’s magazine. Coogan’s role is comic in many ways, but it also has a dramatic edge that he hasn’t had the opportunity to deliver in the past, a call to which he responds commendably. Friel and Egerton hand in heartfelt performances as the seductive, maltreated romantic obsessions for Raymond, and Poots is particularly terrific as the deeply troubled Debbie, who always struggled with stepping out from her father’s shadow. Each member of the ensemble looks and sounds the part, crafting a wild world in which this film can exist.

This is the quintessential example of a biopic, one which begins early on in the life of its protagonist and follows him through his later years. The film makes solid use of historical moments and interview footage to fill in the story and provide context, sensationalizing Raymond’s many risqué career moves. It’s a delightful adventure in which to participate, with less explicitly enjoyable, more dramatic moments sprinkled in. The Look of Love is at times a comedy and at others a drama, a fitting portrait of the life of one of England’s most famous personalities. All of the sex and nudity portrayed in the film is simply an adequate representation of how Raymond lived and perceived life.

The Look of Love as a production is effective largely due to its technical competence. The art direction by Carly Reddin and set decoration by Jacqueline Abrahams are mesmerizing, and the cinematography by Hubert Taczanowski gives the film a fast-paced, exciting feel. Though Raymond’s story is a long one with many characters and circumstances along the way, the film never feels tired, instead proceeding along as a glorious ride through history as seen through the eyes of Raymond, usually buoyant and carefree, and sometimes more melodramatic and difficult. This is an extremely competent and compelling biopic, and it’s great to see such excellence in all aspects of the production. 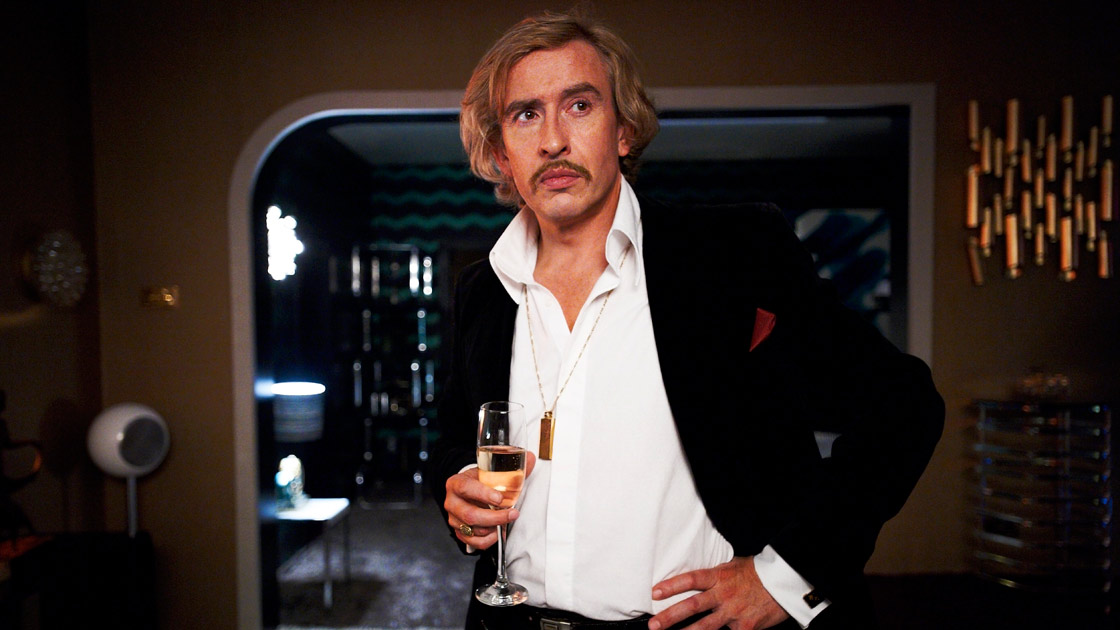