Other than having American Idol in common, the musical pairing of Steven Tyler and Carrie Underwood is just as odd as when Tyler and Run DMC hooked up, but like the latter collaboration, the rock icon and country sweetheart’s song is a hit. The tune, “Can’t Stop Loving You” is off of Aerosmith’s 15th studio album,” Music From Another Dimension!”, which dropped in November via Columbia Records. Produced by Marti Frederiksen and Tyler, the duet is the latest single off of the album to be released to radio.

Tyler and Underwood crossed paths at the 46th Annual Academy of Country Awards in 2011 and later, in 2012 for a CMT Crossroads special. Adding some country flavor to “Music From Another Dimension!”, “Can’t Stop Loving You”, once again allowed Aerosmith to tap into another genre unscathed, which is a difficult task to do, especially in such a die-hard fan oriented category. Successfully experimenting beyond the rock genre, the legendary band has even taken home a Soul Train Award for Best Rap Single for their remix of “Walk This Way”. Country artists, you better guard your ACA awards because Aerosmith is coming for you.

Selling over 150 million albums worldwide, Aersomith don’t seem to be slowing down anytime soon. Head on over to iTunes to purchase “Music From Another Dimension!” and to add to the outfit’s remarkable sales.

For more information on Aerosmith, check out the band’s official site. 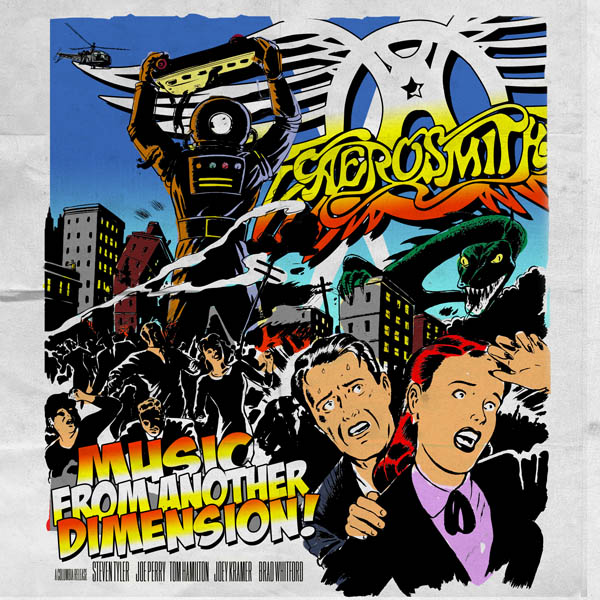