The music industry can only take so many pop stars before self-destructing. Sorry Taylor Swift, you may be considered a “country” artist, but you are only making the pop world overinflate. Admittedly a bit bitter today, I tend to take out my anger on the copycats on the iTunes charts. So, I’ll stick to listening to music from decades past.

Celebrating the Allman Brothers Band stamp on the music world, the upcoming release will include two unique shows. The 2/11/72 concert in their Macon, GA hometown is the outfit’s first show after the death of founding guitarist, Duane Allman, and features the group as a five-piece with the original members. The 5/1/73 performance at Nassau Coliseum in Uniondale, NY includes keyboardist, Chuck Leavell, who would later go on to the Rolling Stones, and bassist, Lamar Williams, who replaced founding bassist, Berry Oakley. The show also consisted of four songs that did not appear on any of their previous live or archival releases, “Come & Go Blues”, “Wasted Words”, “Jessica” and “Ramblin’ Man”.

Head on over to the Allman Brothers Band’s official site to check out the full tracklisting for the vintage recordings.

Thank you, Allman Brothers Band, for instilling hope within my mind that the music industry will one day wake up and realize pop music isn’t the way of the future. 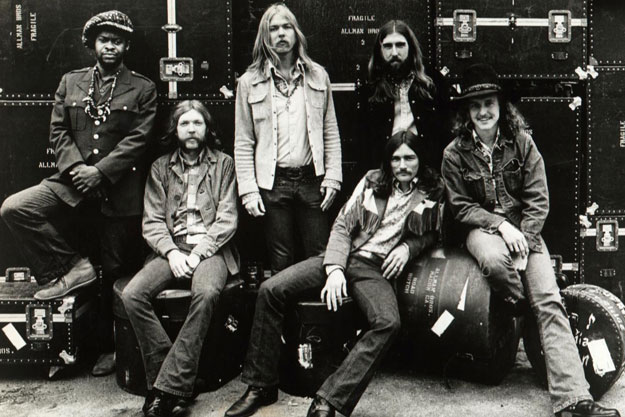 Cancel reply
Dad Punchers Will Be Your New Favorite Band
Aerosmith and Carrie Underwood Unite On “Music From Another Dimension!”
To Top