“Beware of Mr. Baker” opens unlike any other documentary I can immediately recall, with its subject physically attacking its director. That the by turns sad and darkly comedic but never less than mesmerizing nonfiction tale manages to then still humanize Ginger Baker, virtuoso jazz and rock ‘n’ roll drummer of Cream and Blind Faith and generally certified madman, is a rather amazing accomplishment.

Renowned amongst contemporaries and celebrated by later generations of drummers as the “hammer of the Gods,” Baker was born in South London just before the outbreak of World War II, and lost his father to the war effort when he was but four years old. In a film that retraces his life in more or less chronological fashion, Baker comes across as an irascible junkie bully, given to capricious fits, serial irresponsible behavior (the second of his four wives was at the time of their nuptials the teenage sister of his daughter’s first boyfriend) and a generally nasty disposition. He more or less remains the same, even at 73 years old (“Go on with the interview, stop trying to be an intellectual dickhead,” he barks at one point).

While the two aforementioned, so-called super-groups remain the work for which Baker is best known, director Jay Bulger’s film gives equal time to Alexis Korner’s Blues Incorporated and the Graham Bond Organisation, from the early 1960s, which helped lay the groundwork for Baker’s flamboyant and influential style. Mega-success with Cream, with Jack Bruce and Eric Clapton, and then Blind Faith, with Steve Winwood and Clapton again, would follow, but massive personality clashes and substance abuse (among other drugs in which he dabbled, Baker was a heavy heroin user for more than two decades) would bring Baker low.

So the basic story arc here — sex and drugs and rock ‘n’ roll — is the same one that informs virtually every episode of VH-1’s “Behind the Music.” And the movie, which garnered the Grand Jury prize at its South By Southwest Festival premiere last year, only scratches the surface of Baker’s scarred psychology (a sealed letter from his father that he opened at age 14 seems to have coincided with the onset of puberty and rebelliousness). So what gives “Beware of Mr. Baker,” which gets it title from a sign posted alongside the driveway of his gated South African estate, its pop, its connective resonance?

In a word, Baker himself — because a moving and morally conflicted portrait of a true questing spirit emerges. With footage of his drum-offs against Phil Seamen and the like, and interview footage with Clapton, Bruce and others, the film makes an easy case for Baker’s full-spectrum music knowledge — as an innate gift further honed by tunnel-vision obsession. And yet Baker also had three kids, was by all accounts a terrible father and husband (at one point he moved to Africa for five-plus years, telling his wife he was in prison), and his own worst enemy, professionally. All the contradictions (including his weird love of polo, for instance) make for a fascinating case study in self-destructiveness. Throughout his life, Baker has exhibited an intense aversion to being alone, combined with a habitual tendency to push away those closest to him.

With Baker’s (apparent, pre-attack) blessing, Bulger has access to plenty of amazing photos and private home video footage that give “Beware of Mr. Baker” its spine, but he also intersperses his movie with crude but captivating animated segments, a la “The Kid Stays in the Picture.” Of course, Baker himself is the main star, narrating his own story and lashing out at Bulger along the way. A couple years back, “Anvil! The Story of Anvil” told the story of a marginalized rock group beloved by other musicians. Baker achieved much more success and fame, of course, but his story echoes these two movies, along with “The Devil and Daniel Johnston” and Werner Herzog’s nonfiction portrait of Klaus Kinski, “My Best Fiend.” It’s a snapshot of artistic fitfulness, and a reminder that the flame of creativity can be unpleasant to experience up close. 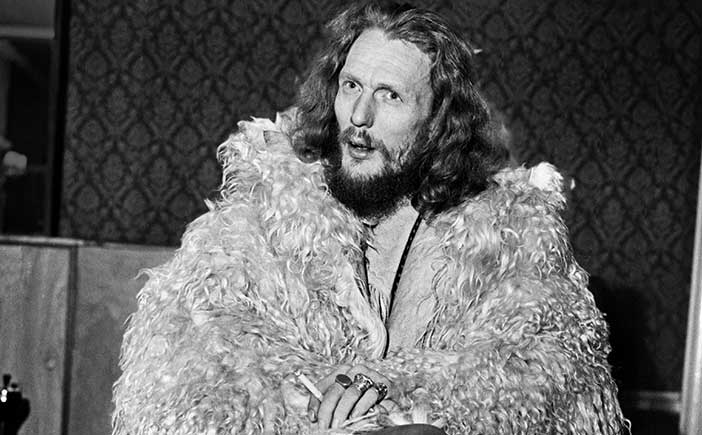