This year’s Sundance Film Festival has been populated by a staggering number of films dealing with sex and sexuality. Among the most explicit takes is Afternoon Delight, the story of a frustrated housewife, Rachel (Kathryn Hahn), seeking to connect in the bedroom with her husband Jeff. Rachel takes a liking to a stripper, McKenna (Juno Temple), after she and Jeff (Josh Radnor) visit a strip club together in an effort to reignite their sex life. At first, Afternoon Delight is an intriguing story of two radically different people coexisting, but it eventually loses focus and heads in a decidedly unproductive direction.

It is evident from the first scene of the film, in which Rachel tells her therapist, played by the always hilarious Jane Lynch, that she is looking for something more than what she currently has, unsure of what it is that has made her so unhappy. After getting a lap dance from the young, alluring McKenna, Rachel stages a run-in with her, and soon after ends up offering up her home to the wayward stripper, who later reveals that she is in fact a sex worker as well. Rachel’s decisions make little sense to those around her and are not much clearer in her own mind, and it is inevitable that her crisis will have a profound impact on everyone in her life.

Hahn is a terrific actress who has been relegated to small, scene-stealing parts in comedies like Our Idiot Brother and How Do You Know, while proving her comedic competence on television on shows like Parks & Recreation. She is given a tremendous opportunity to take on a lead role in this film, to portray a genuine human being whose life is falling apart for reasons she can’t even begin to put together. Hahn does the best she can with what she’s given, and she should not be blamed for the unfortunate downturn that befalls her character midway through the film. Temple, who has perfected the seductive bad girl in films like Dirty Girl, also turns in a fitting performance, but other supporting players, such as Radnor and Michaela Watkins, are wasted and misused, respectively, as Rachel’s personality-free husband and her over-aggressive friend.

It is difficult not to compare Afternoon Delight with another 2013 Sundance film, Concussion. Both meet married women who are not getting what they want from their marriage and who flirt with prostitution, in some form or another, as a way to fill their lives with excitement. This film has an idea of where it wants to start, but then doesn’t know what to do with what it has created. When McKenna moves in, it is impossible not to wonder how things will fall apart, and a very predictable series of events then occurs that lead nowhere good. Worse still, Rachel’s character trajectory is unimaginative, and instead she is reduced to a blubbering drunk who cannot help but embarrass herself in front of her friends by talking nonsense.

The film’s clever title is indicative of a fuller, more fun film, one that has a greater grasp on what it wants to be and where it wants to go. Embellishing only the two main characters leaves much to be desired among the rest of the ensemble, and it is hardly surprising that Watkins is forced to overact in an attempt to make her scenes stand out in the slow-paced film. This is an idea more than a film, and it is regrettable that what could have been a truly intriguing, immensely watchable concept turned into nothing more than a fleeting, frustrating film.

Afternoon Delight is an entry in the Sundance Film Festival U.S. Dramatic Competition in Park City. 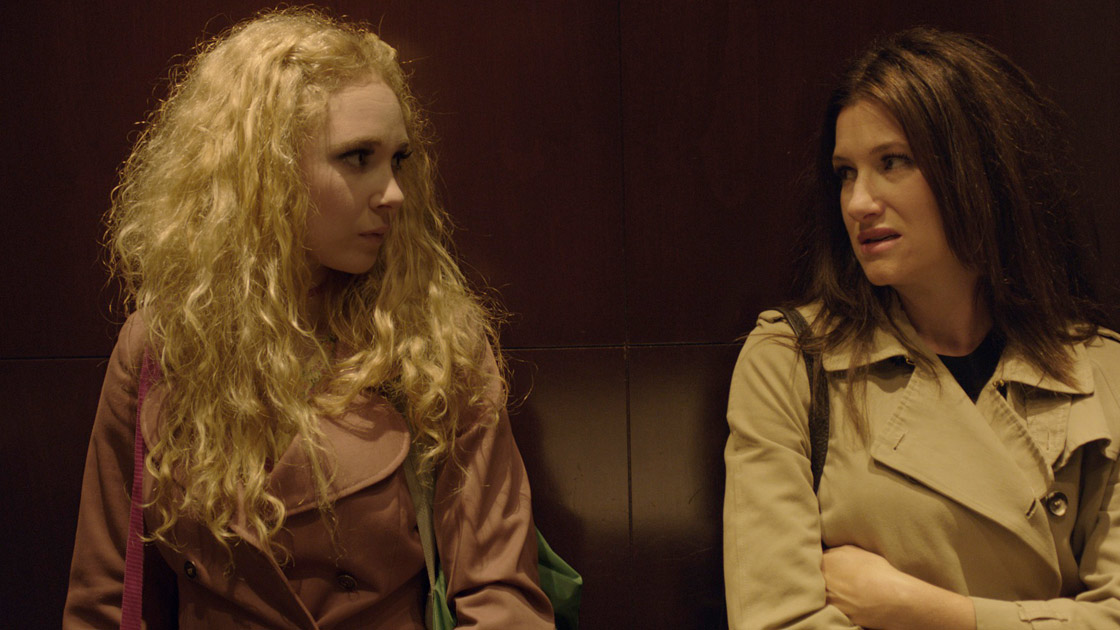