An across-the-board comedic misfire that lamely tries to hitch its trailer to the $17-billion-a-year videogaming industry, “Noobz” trades entirely in familiar clichés, and seems to regard its mere existence as a triumph to be shared by all. A wearying stinker unredeemed by a handful of brave, game, small supporting turns, multi-hyphenate Blake Freeman’s film is kind of like a cross between “Road Trip,” “Empire Records,” “The King of Kong: A Fistful of Quarters” and the modern-day videogame comedy that Kevin Smith’s third cousin never got around to writing.

After he’s fired from his job as a real estate agent and his wife Melissa (Carly Craig) announces that she’s leaving him, avid gamer Cody (Freeman, looking like a young Kurt Warner) accedes to the wishes of his pals, Andy (Jason Mewes) and Oliver (Matt Shively), and packs up for a road trip to Los Angeles, where $100,000 in prize money awaits as part of a “Cyber Bowl” videogame tournament. They’re all devotees of a multi-player combat game, and the guys think their fourth team member is a once-famous actor (Casper Van Dien, playing himself). It turns out, however, to be Hollywood (Moises Arias), the asthmatic son of the wrinkled old Vegas showgirl (Lin Shaye) with whom Van Dien is shacked up.

Once they get together, the quartet hits the City of Angels, where a guy who looks a lot like Bell Bellamy is serving as the TV emcee for an event of dubious broadcast quality. Other subplots trace Andy’s attraction to Ricki (Zelda Williams), a female gamer who used to be part of their cliqué, and a former Frogger champion, Greg “Armagreggon” Lipstein (“Napoleon Dynamite”‘s Jon Gries, adding to his canon of hall-of-fame wig roles, and looking vaguely like Joe Dirt’s uncle), trying to recapture past glory.

Co-written by Freeman and Marvin Willson, “Noobz” is a grab-bag of ideas nipped entirely from other movies, though I’ll grant it a doff of the hat for managing to work in a “Bebe’s Kids” reference and a Willy Wonka joke. But the rest of its patter isn’t even really powered by pop-culture references; it’s half-sketched improvisations ladled over a barely functional narrative spine. The gaming world would seem to offer up plenty of ripe targets for satirical exploitation, but apart from the notion (rather than the execution) of the washed-up character of Armagreggon, the comedy here is wan and uninspired: there’s an ongoing open joke about how Oliver is in fact gay but in the closet, and other sequences — like Andy talking in a mirror to get himself psyched up for a date, and the gang visiting a strip club, where the skinny Hollywood gets a dance from an obese African-American woman — are so tired it’s jaw-dropping.

On a technical level, despite its low budget, the film is also a mess, and marked by chronic inattention to detail. (Characters talk about “driving across the country,” for example, and it’s established that they pick up Hollywood in Utah, but Cody has California license plates.) A bit of production value is snatched here and there, in particular with Armagreggon’s hillside mansion, but there’s so little care given to framing, consistent sightlines and other continuity that the movie — with its pat cutaways, and overindulged opportunities for Mewes’ high-energy improvisations — quickly visually reaches a level of emotional disconnection that matches the material. Williams brings an effervescent charm to her role, and Gries, a pro’s pro, does some heavy lifting; they’re the two sole bright spots in this otherwise excruciating effort. 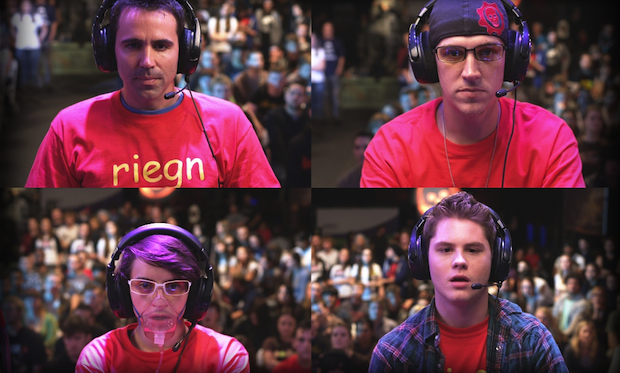