Summer, for children, can be immensely memorable. Traveling to a sunny destination far from the troubles of daily life transforms an off season into the most relaxing time of the year, if everything goes well. In some cases, however, it can be a miserable experience for someone who does not fit in. In The Way, Way Back, a film which first finds its central character, Duncan (Liam Jones), sitting in the seat in the car described in the title, his summer with his mother (Toni Collette) and her obnoxious boyfriend Trent (Steve Carell) feels more like a punishment than anything else. Fortunately for audience members, this is one funny, funny ride.

Directors Jim Rash and Nat Faxon step behind the camera for the first time after winning an Oscar for penning the script to The Descendants to travel to a quaint New England town where Duncan has found himself trapped for the duration of the summer. After Trent rates him a three out of ten as a person, Duncan seeks a way to avoid him, stumbling upon a water park where the irresponsible manager Owen (Sam Rockwell) takes a liking to him and offers him a job. Suffering the presence of Trent and his nutty neighbor Betty (Allison Janney) at night, Duncan finds a refuge during the day, where he quickly starts to feel at home.

It’s a rare, exceptional case where Steve Carell might be described as the least funny person in a given group of people. That’s not an insult to Carell, merely a statement about the strength of the cast. Carell’s Trent is cruel and unlikeable, and it’s interesting to see him play such a jerk. The two most comically proficient members of the cast are Janney and Rockwell, who dominate all of their scenes as the zany Betty and the lackadaisical Owen, respectively. Betty’s interactions with her son Peter (River Alexander), who has a lazy eye, are particularly funny, as are Owen’s conversations with Duncan. Maya Rudolph, Amanda Peet, and Rob Corddry are all fun members of the ensemble, and AnnaSophia Robb, the new Carrie Bradshaw on the CW’s The Carrie Diaries proves once again that she is a talented young actress, here portraying Susanna, Betty’s daughter and one of the only people who is actually kind to Duncan.

The Way, Way Back is a fully functional comedy that delivers on all levels, setting its events against a visually appealing backdrop and following its characters through their many arguments and more pleasant moments. Duncan serves as the link between all of the supporting personalities, but this is a case where most of them shine brighter than he does, rightfully stealing their scenes and contributing to make the film a wholly hilarious experience. Faxon and Rash, who have both proven their comedic acting skills, on “Ben and Kate” and “Community,” respectively, both appear in the film as employees of the water park, a sign that they’re well aware of just how entertaining their film is, that they couldn’t resist being a part of it. It’s terrific to see everyone having such a great time, and this is surely one of the funniest films of the 2013 Sundance Film Festival. It’s no wonder that Fox Searchlight paid $10 million to buy the film, a winning comedy that wider audiences will soon have the opportunity to see.

The Way, Way Back is among the Premieres showcased at the Sundance Film Festival in Park City. 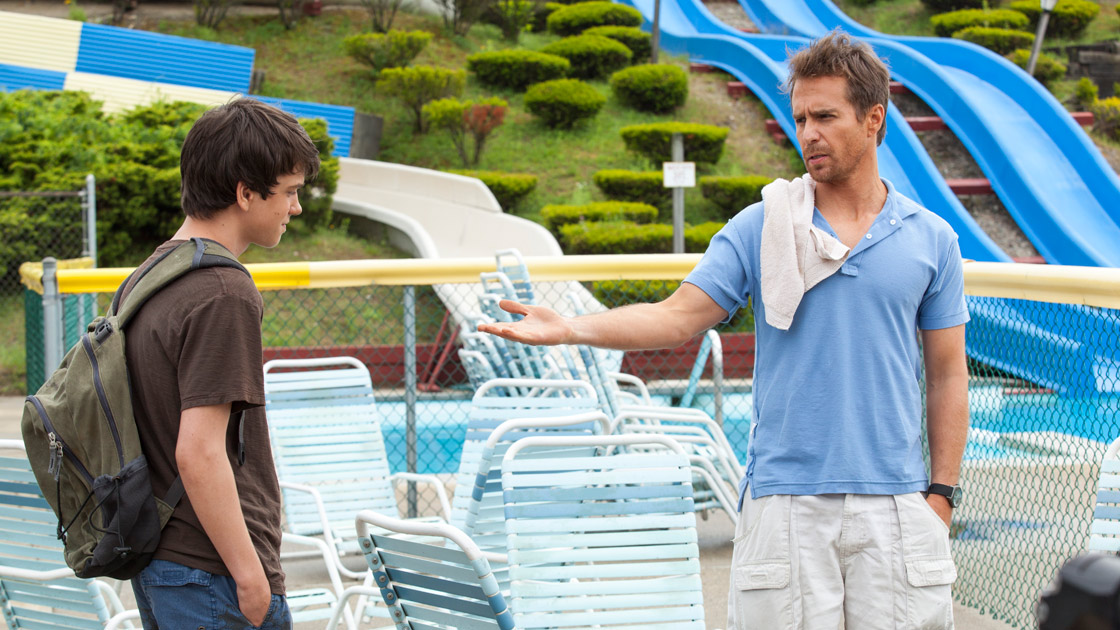