With 2013 well underway, it is time to tap into those saving accounts and purchase your tickets to the year’s upcoming music festivals. Lollapalooza, Coachella, Bonnaroo and The Governors Ball typically have tremendous lineups and often leave me overwhelmed with having to prepare my own itinerary. Plus, if you plan on spending the festival with a friend or two, then your daily schedule might have to reflect some compromise amongst the groups. All I see with festivals is stress, stress and more stress.

If you can’t already tell, I am a supporter of attending solo shows, concerts with one-stage only and festivals full of unknowns. So, let me introduce you to San Francisco’s Noise Pop Festival. Yes, there are a handful of artists on the roster, but I am unfamiliar with a majority of these acts. There is nothing like leaving a concert with a chunk of new bands in your “notes” on your iPhone.

The Noise Pop roster currently includes Doe Eye, Toro y Moi, Amon Tobin (DJ Set), Starfuckers, Rogue Waves, The Thermals, Blackbird Blackbird and more. Recently, Doe Eye hit my 2013 playlist hard with her sophomore EP release, “Hotel Fire”. The singer/songwriter fist hit the music scene in 2011 with her track, “I Hate You”, which landed her shows opening for ZZ wards, Pop Etc and The Limousines. Check out the musice video for the singles.

Produced by John Vanderslice (Nada Surf, Mates of State, MK Ultra, “Hotel Fire” dropped on September 4 and features the Magik* Magik Orchestra, who is the backing band for Death Cab For Cutie’s 2012 tour). Her sophomore release is available on iTunes. 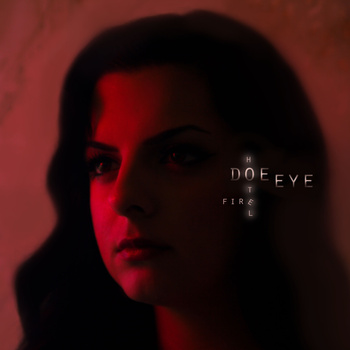