Cody, Andy, Hollywood and Oliver are gamers in “Reign Clan” who plan a road trip to the ultimate gamer competition, Cyberbowl. Although after a night of strippers and drinking, will they be able to beat the best and earn the respect of rival gamers?

I have a big issue with writer/directors who act and maybe it’s because they have a lot of responsibilities and the acting skills tend to take a backseat. I didn’t buy that Cody (Blake Freeman) AKA RumPULL4Skinz had a hot wife. His character was a total  loser man-child and the wife was too smart to stay with him for so long. I would’ve believed it more if his wife was slightly overweight or just average looking with some low self esteem who finally realized she could do better, but his personality wasn’t even good enough to land him a beautiful woman, especially since he can’t hold a job. I just couldn’t suspend disbelief enough for that one.  Maybe Freeman has never been in a relationship with any woman who wasn’t an 8 or above, but we need to have some inkling of believability here.  The little girl telling him off was probably his best scene mainly because he didn’t get a lot of speaking time (not a slam, he was just better with the physical comedy in this scene) and that little girl had the best written dialogue ever.

Jason Mewes as Andy AKA Pr3daTurD plays a smarter role than what we’re used to seeing from him, and surprisingly dude can act. He’s not winning an Oscar, but he impressed me.

Matt Shively as Oliver AKA Fraggett the one with the questionable sexual orientation was funny, but who cares if the guy was gay or not? Why did they have to make such a big deal out of his sexual orientation? Him wearing lipstick was supposed to seal the deal on him being gay? What was that about? The writing of his character seemed a little cliche and homophobic, but not blatantly and probably not intentionally. He was still a bud, regardless of his sexual preference and that’s always a good message.

Moises Arias as Hollywoodx187x is a virginal teen with chronic asthma whose main dream is to just hang with his online friends. An adorable character but sort of played like a poor man’s DJ Qualls…what happened to that guy anyway?

John Gries is the famous 80’s gamer champion Greg Lipstein, who is drawn to Cyberbowl to uphold his title as Frogger Champion and has an unknown connection to the Reign Clan. This character was more off the wall than Uncle Rico from Napoleon Dynamite, but he is a natural at playing a self absorbed dork.

Casper Van Dien as Casper Van Dien? He was surprisingly funny and probably the best acting to date…but, ugh, when will this schtick die?

I liked this film for what it was, a goofy buddy comedy. I did find quite a few similarities to Road Trip  and Fanboys and  I felt a little cheated with the ending.  Regardless, this is a fun movie that any type of gamer will appreciate. 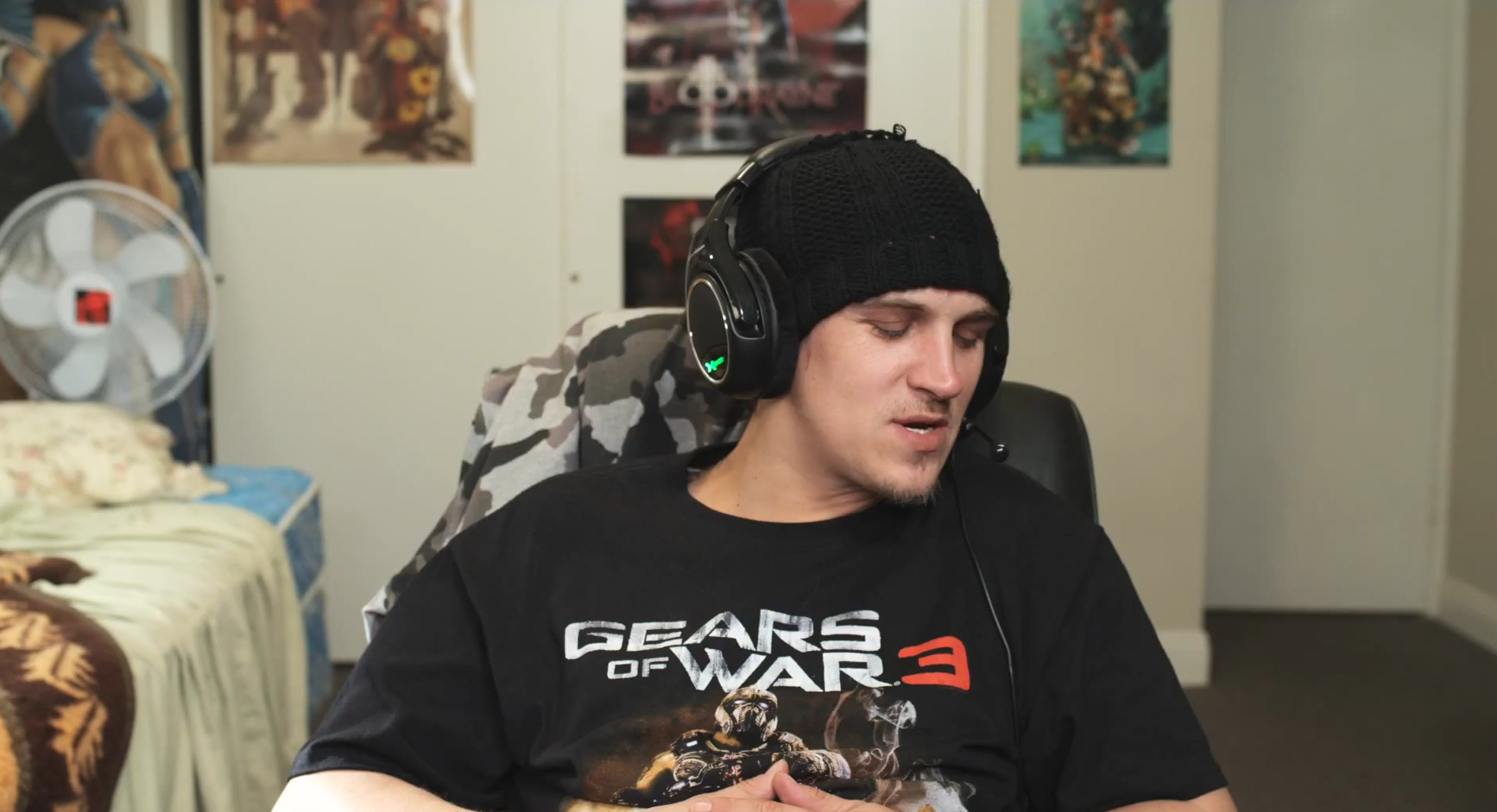