Halloween may still be nine months away, but what’s wrong with having some quality monster time a little early? “Hotel Transylvania” is officially available to own and not only do we have a copy of the Blu-ray to give away, but a free game code to access the “Hotel Transylvania” Dash Deluxe app and an assortment of goodies including a monster puzzle, a hanging skeleton and more!

The film features the voice of Adam Sandler as Dracula. In “Hotel Transylvania,” Dracula doesn’t just skulk around hunting for blood; he owns and manages a hotel – or, more specifically, a top-notch resort for monsters. In honor of his daughter Mavis’ 118th birthday, Dracula invites the whole gang over for a party. There’s Frankenstein and his bride, the Mummy, the Invisible Man and more. All is well until an unwelcomed guest decides to crash the party – a human.

Interested in checking out the monstrous mayhem? You can buy a copy of the DVD or Blu-ray on Amazon or you could try your hand in our “Hotel Transylvania” Twitter contest. It’s easy; simply follow Shockya on Twitter and Tweet the following by Wednesday, February 6th and you’re entered to win the entire prize pack: 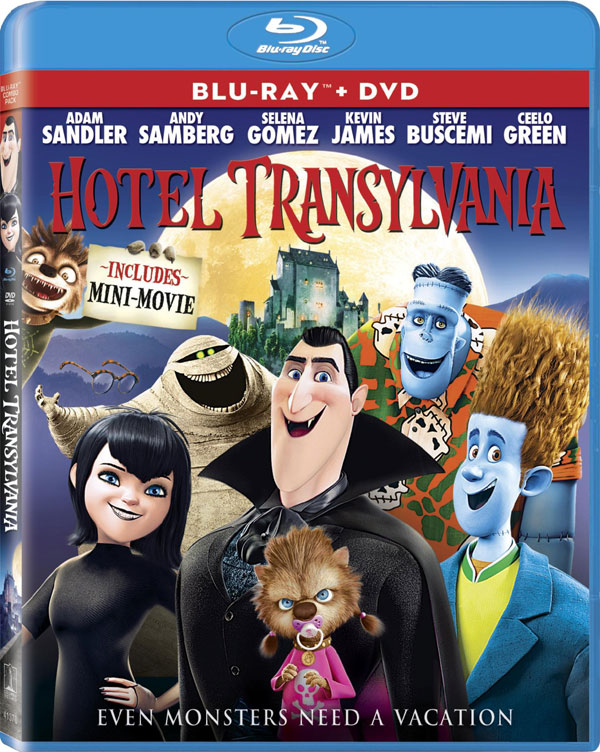