Among this year’s Oscar nominees for Best Documentary Feature is Dror Moreh’s second film, The Gatekeepers, which recently played at the 2013 Sundance Film Festival. His film spotlights those who had once had access to the deepest secrets of Israeli security – the “gatekeepers” – and who now offer support for his call to action. This insightful examination of policy, politics, and national sentiment goes deep into the heart of the Shin Bet, Israel’s Secret Service.

Not one to skirt controversy, Moreh assembles a compelling group of testimonies that reveals a surprising attitude towards the Israeli-Palestinian conflict from within the insiders’ circle of the Israeli intelligence community. Moreh sits down to talk with the six living former heads of the Shin Bet, all of whom espouse a strong belief that their government is not doing enough to reconcile with the Palestinian people and resolve tensions once and for all.

Moreh introduces his subjects gradually, starting out with a detailed history of the Israeli intelligence service since the country’s formation in 1948. He has little trouble getting them to explain their complex allegiance to their country, which permits them to examine its policies critically and to advocate for change. Moreh isolates incidents that are particularly jarring – most notably the response by former director Avraham Shalom to the hijacking of a bus in 1984, which Shalom himself does not deny constituted his sanctioning the murder of the captured hijackers. In the face of what Moreh presents as hard evidence, it seems that there is a crucial problem that needs to be fixed within the Israeli system.

The Gatekeepers does reveal a startling similarity of opinion among those who, within the past thirty years, have been at the forefront of Israeli security operations. Yet the film is deliberately constructed to showcase Moreh’s personal take on the Israeli-Palestinian conflict – namely, a ruling government disregarding the humanity of people under its occupation. Divided into chapters, The Gatekeepers casts doubt on the integrity of the traditional Israeli stance on the conflict with damningly specific cases of misconduct by the Israeli government. It is extremely evident throughout the film that Moreh is displeased with Israel’s treatment of the Palestinian people, and that belief guides all of his questions.

By interviewing each of the six subjects separately, Moreh has the opportunity to deliver extraordinary insight into the workings of a nation through its former top strategic leaders. Moreh chooses to speak almost exclusively with those figures, weaving a narrative of misplaced priorities and corruption among the political leaders of the country. Moreh views his film as a much-needed exposé of wrongs committed, and his film is actually quite damaging to the country he loves and to the international perception of Israel, entirely critical.

As a documentary, The Gatekeepers is effective at providing a direct pipeline into the inner workings of those once charged with heading Israeli’s top intelligence agency. However, the way these subjects are put together – as if from one streamlined consciousness – feels inauthentic and manipulative. After all, the six officials have tenures ranging from 1980 to 2011, and each of them is looking at Israel from a historical perspective quite different from the others’. Yet Moreh’s presentation suggests, falsely, that its subjects are interacting with one another, responding to the same questions, framed in the same context. The details and opinions Moreh elicits are inarguably fascinating, particularly because they contrast so sharply with public Israeli policy. The Gatekeepers is not by any stretch of the imagination a complete or balanced picture, though it certainly does provide some food for thought. 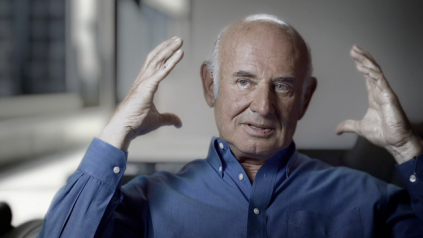