A wan, overly precious and self-satisfied psychological thriller that tries to toe the line between gender statement and ambiguity, “Girls Against Boys” is a kind of junior thrill-kill revenge flick that doesn’t touch the same high points of any of its many inspirations or antecedents. While it eschews overheated sensationalism in a manner that rather belies its most forthright plot synopsis, the movie doesn’t engage in the necessary heavy intellectual lifting to blossom into anything special.

Shae (Danielle Panabaker) is a naïve college student who, after getting dumped by her older married lover (Andrew Howard) and assaulted by a guy (Michael Stahl-David, of “Cloverfield”) she meets on the rebound, appears to be teetering on the edge of withdrawing into a cocoon. Her seemingly unstable co-worker Lu (Nicole LaLiberte), however, takes Shae under her wing, and suggests a brutal and unnervingly direct plot of revenge. Shae quickly acquiesces, and a number of men pay the price for, variously, their actions, inaction or gender. After a wild swathe of retaliation, though, Lu’s dangerously obsessive possessiveness threatens Shae’s burgeoning relationship with a shy classmate, Tyler (Liam Aiken).

Powered by a sometimes dizzy, sometimes grinding techno-type score that seems to aim for some sort of opaque mood statement not always matched in the movie’s visual vocabulary, “Girls Against Boys” is a revenge flick, but almost incidentally so. As grim or unsettling as some of the action is, Shae and Lu don’t manifest much reaction during their crimes, apart from a little shrugging laughter. All the film’s men, meanwhile, are entirely incapable of reading reactions, which as rendered seems less a gender commentary and more the function of a poor script.

Writer-director Austin Chick seems chiefly to want to stir up a carefully crafted, elongated mood-bubble of indistinctness, but his scenes are entirely self-contained, and lack a grander cohesiveness — he doesn’t seem to have the interest, bravery, skill or combination thereof to push past the crust-layer of his conceit and into a truly interesting direction. The lack of deeper explanation — Shae is too easily “in” with Lu’s plot, and lacking a strongly differentiated personality — gives off a thick feeling of no psychological seriousness here. It is of small credit that, despite its premise, the movie doesn’t descend into lowest-common-denominator gore, but “Girls Against Boys” also has nothing of substance to say about the actions of its characters, so Chick instead has the girls just do things like sing along to Donovan’s “Sunshine Superman.”

Within the parameters of Chick’s narrative, Panabaker and LaLiberte deliver grounded, watchable turns. The former is quiet and introspective — a fact that Chick takes advantage of in the framing of his close-ups — while the latter, with a thousand-yard stare and almost comically large eyes, summons an elemental dread that outstrips the nastiness of her actions. The film, though, doesn’t achieve any of the absorbing backdrop grittiness or deep-rooted character insights of its assorted forerunners, like “Lilya 4-Ever,” “Single White Female,” “Fight Club,” “Baise Moi” or “The Brave One,” among others. “Girls Against Boys” is good at standing in contrast — and not being any of a number of dumb or reductionist things it could be, just based on its story. It’s far less successful making any sort of proactive and persuasive case of its own, however. 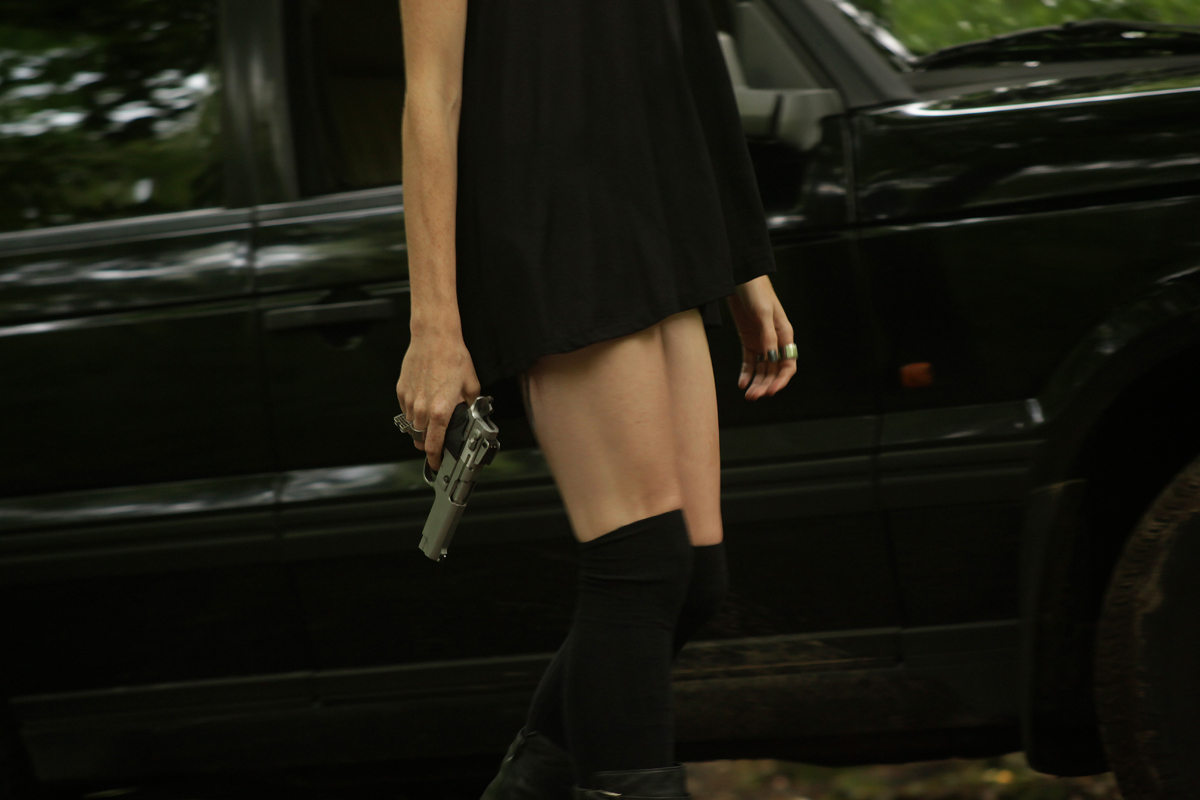