If you’ve seen one zombie movie, you’ve seen them all. Conventional wisdom might suggest that this is in fact true, but it’s hardly the case. Jonathan Levine’s new film Warm Bodies is living proof, pardon the pun, that the genre is far from dead. What begins as a comedic, liberal interpretation of zombie mythology and an outright comedy develops into something much grander, a redefinition of the zombie culture and a winning combination of romance, action, and stellar characters.

British actor Nicholas Hoult, best known to American audiences for playing the little boy from About a Boy and Colin Firth’s student crush in A Single Man only seven years apart, stars as R, a sweatshirt-clad zombie who aimlessly wanders around an airport every day. Unable to remember his full name, R is considerably more conscious and self-aware than your typical zombie, and – in a gutsy move – he can also stammer out partially intelligible words. R’s post-life life changes immeasurably when he rescues a helpless human, Julie (Teresa Palmer) from certain death at the hands of his zombie pals and begins, impossibly, to experience emotion once again.

Warm Bodies starts out as a bitingly clever riff on zombies, with R narrating and poking fun at the ridiculousness of his situation. There is fearsome drama to be found among the laughs, however, nowhere more than with the “Bonies,” skin-less zombies who have mutated too far from their humanity to remain recognizable. Defying yet another zombie convention, the Bonies can move quickly and will furiously rip anything human to shreds. By contrast, R is a kind soul, casually snacking on human brains and retreating to his airplane home, putting on a classic record to help him relax for his next sleepless night.

Jonathan Levine, whose last effort was the terrific 50/50, is the perfect choice to direct this hybrid film. Proven capable of balancing the heaviness of cancer with the levity of young adulthood, Levine tackles Isaac Marion’s novel with extraordinary vision. Casting an actor like Rob Corddry as R’s zombie pal M is a shining example of the film’s tone, one which jumps from purposely awkward zombie-human romance to a brutal fight to the death in a moment. The film flows exceptionally, and it never feels abrupt or inappropriate. Instead, it’s an even, exciting thrill ride with more than a few laughs mixed in.

Hoult proves an extremely competent fit for the role of R, emoting with his eyes and with his body, creating a deeply endearing and funny undead protagonist. Palmer complements him well as a hard-headed survivor, and she is joined by Analeigh Tipton as her best friend Nora and John Malkovich as her father Grigio, both of whom provide considerable comic relief. Corddry, of course, is the film’s main funny bone, delivering his own send-up of the zombie prototype. These may not be your average zombies, but they’re certainly a blast to watch.

Warm Bodies adapts a clever concept from Marion’s novel and showcases it marvelously onscreen. The makeup is exceptional, and the visual effects are high-caliber. Yet, in a film about those who are no longer living, it’s the story and the script that succeed most. Rather than focus on the human nature of those still alive, Warm Bodies looks at the humanity left in the zombies, telling the story from their perspective. What results is a charming and thoroughly engaging tale about the power of both friendship and love. Amid all the rest, it’s a truly original zombie movie. 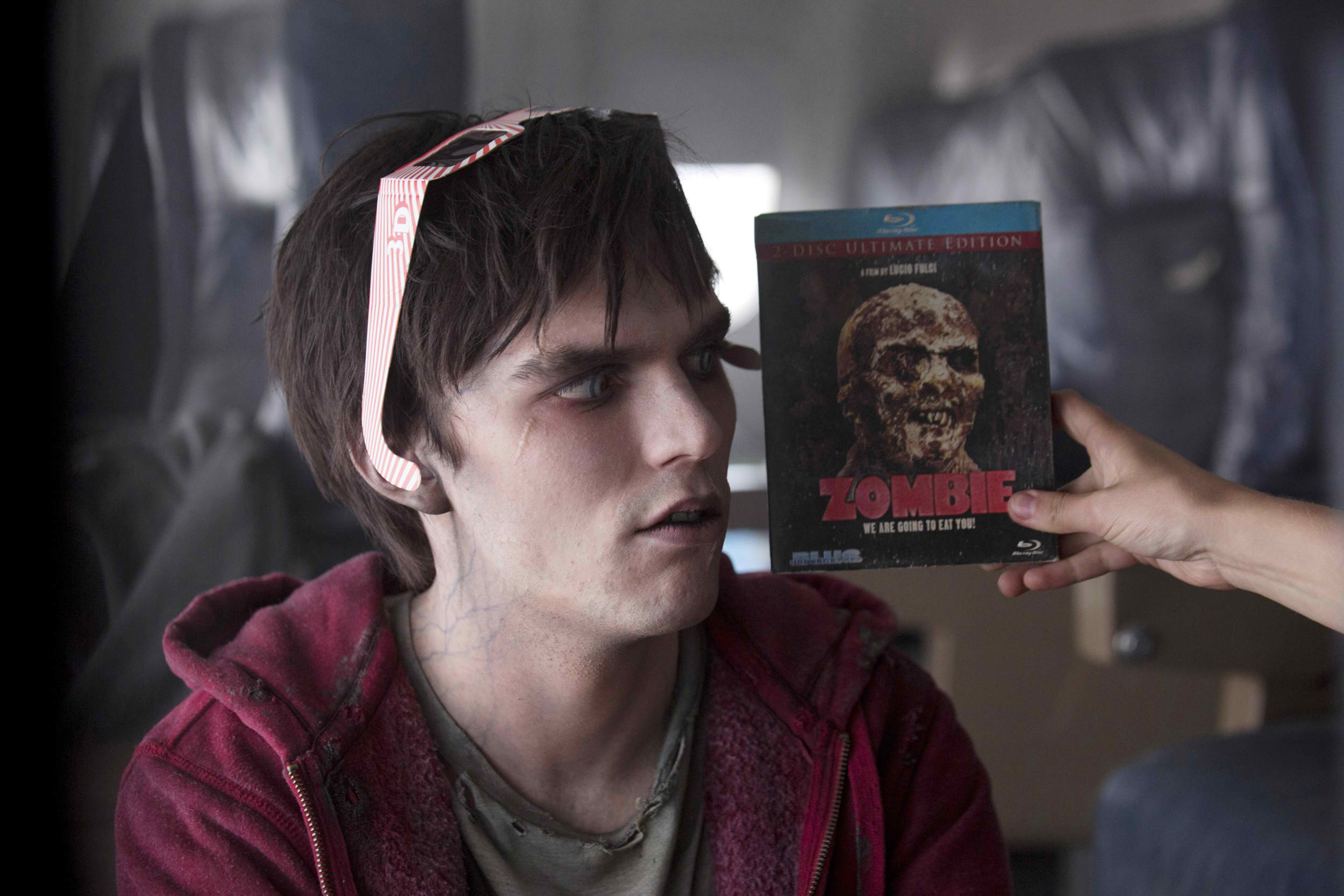