Title: Bullet to the Head

Entertainingly mixing impressive fight sequences with main characters who have clashing personalities that culminate in both tension and comedy in an action crime thriller can be a tricky move for many directors. But famed action filmmaker Walter Hill made his triumphant return to the genre with the new film ‘Bullet to the Head,’ which is led by an ever aggressive, adrenaline-driven Sylvester Stallone. The movie fits both the director and the actor’s styles, as it features characters who are continuously questioning what they feel and what they believe, and who fight for what they think is right. While the script doesn’t fully examine the motivations behind the main characters’ actions, the death-defying stunts and enthralling locations surely make up for it.

‘Bullet to the Head’ follows hitman Jimmy Bonomo (Stallone) and his partner Louis Blanchard (Jon Seda), who are sent on what appears to be a routine hit in New Orleans. Their target is Hank Greely (Halt McCallany), an ex-cop who was kicked off the force in Washington, D.C. in disgrace. After the job is done, the two hired killers head to a local bar to get paid, but instead are met by ruthless mercenary Keegan (Jason Momoa), who leaves Louis dead. Meanwhile, Detective Taylor Kwon (Sung Kang), one of Hank’s ex-partners, soon arrives in New Orleans to investigate his murder. He immediately makes a correlation between the deaths of his former partner and Jimmy’s partner-in-crime.

But without any jurisdiction in New Orleans, Taylor can’t got through the usual channels to investigate the two murders. So he seeks out Jimmy, Louis’ only known associate, and they begin working together, even though they have completely different values and outlooks on the law. The two also rely on Jimmy’s tough and independent daughter Lisa (Sarah Shahi), who has a strained relationship with her father, but is intent on helping track down who hired Keegan.

Jimmy and Taylor discover that Keegan is connected to influential lawyer Marcus Baptiste (Christian Slater) and and real estate mo gal Robert Nkomo Morel (Adelwale Akinnuoye-Agbaje), an immigrant with government officials and politicians in his pocket. Robert and Marcus will stop at nothing to keep their illegal operations a secret, and even resort to kidnapping Lisa to try to stop Jimmy and Taylor in their pursuit of justice.

‘Bullet to the Head’s screenwriter Alessandro Camon, who based the film’s script on the popular French graphic novel ‘Du Plobm Dans La Tete,’ unfortunately failed to comprehensively adapt the lead character’s motivations to the big screen. Stallone provides a hurried voice-over explanation on Jimmy’s background and intentions in continuing his criminal lifestyle in the beginning of the film. The story subsequently provides just the bare minimal explanation on the hitman’s inspirations as he becomes acquainted with Taylor. For example, the hitman only explains that he has a strained relationship with Lisa because after her mother died 15 years ago, he financially supported his daughter, but never provided the emotional care she needed. Ultimately, the rushed look into Jimmy’s personal life and business deals fails to provide a clear understanding of how his killing of Hank connects with Robert and Marcus’ desire to protect their business deals, even when they use Lisa as leverage against the hitman.

However, Camon created an intriguing relationship between Jimmy and Taylor, as the two reluctantly agree to work together to find the connection between Hank and Louis’ deaths. The two main characters, who only become adversaries and learn to work together to bring down their mutual enemies, Robert and Keegan, humorously and relatably bond, despite their differing nature. Jimmy’s reluctance to believe in political correctness, and honestly thinking he’s helping society by taking down those who pose a threat, is a stark contrast to Taylor’s moral integrity. Taylor satisfyingly learns to compromise his values, and take on the hit man mentality, as Jimmy learns to rely on someone who doesn’t agree with his lifestyle and career choices.

The action crime thriller’s director, Walter Hill, rightfully filmed the movie in New Orleans, a city where he has previously worked before, including his 1975 directorial debut, ‘Hard Times.’ The filmmaker used his knowledge of the city to his advantage, utilizing unique locations to his advantage, which cunningly aided in furthering Jimmy and Taylor’s success in stopping Robert and Keegan. One of the most clever use of locations in the movie is the sequence in which Jimmy and Taylor try to extract information from Marcus about his involvement with Robert in one of the hitman’s safe houses. Built on Scout Island, which is surrounded by the swamp in City Park, the safe house features hatch-trap doors in the floor, which allowed Jimmy and Taylor to make a speedy getaway when Keegan ambushes them.

Another stunning location in ‘Bullet to the Head,’ which helped highlight the story’s death-defying climatic fight sequence between Jimmy and Keegan, was the abandoned Market Street power plant. The turn-of-the-century building featured cathedral windows and huge metal machinery that ambitiously helped set up a maze of props for the two to creatively defend themselves while antagonizing the other. From the winding staircases to the antique fire axes Keegan insists on fighting with, the power plant is still a captivating setting for the fight-to-the-death sequence between the two rivaling stars.

Stunt coordinator and second unit director JJ Perry and co-stunt coordinator Noon Orsatti expertly created stunning fight sequences to make the battles realistic. The two worked with Stallone, Kang, Momoa and the rest of the characters to create their own unique style. Whether Jimmy was engaging in ruthless gun play to gather information on who killed his partner or Keegan was utilizing military-infused hand-to-hand combat, the actors were trained in gun jitsu to garner a more natural fighting style.

While ‘Bullet to the Head’ featured a hastily prepared backstory and explanation for Jimmy during a poorly executed voice over narrative, Camon rightfully created a tense relationship between the hitman and the morally-driven Taylor. The two characters humorously played off of what they perceived to be the other’s downfalls and weaknesses, which was highlight by the film’s unique, antique settings throughout New Orleans. From an isolated safe house to an intriguing power plant, each location provided the perfect settings for the film’s diverse action sequences. Stallone once again committed himself to creating a rugged protagonist who’s willing to take the law into his own hands in order to seek justice in the crime thriller. 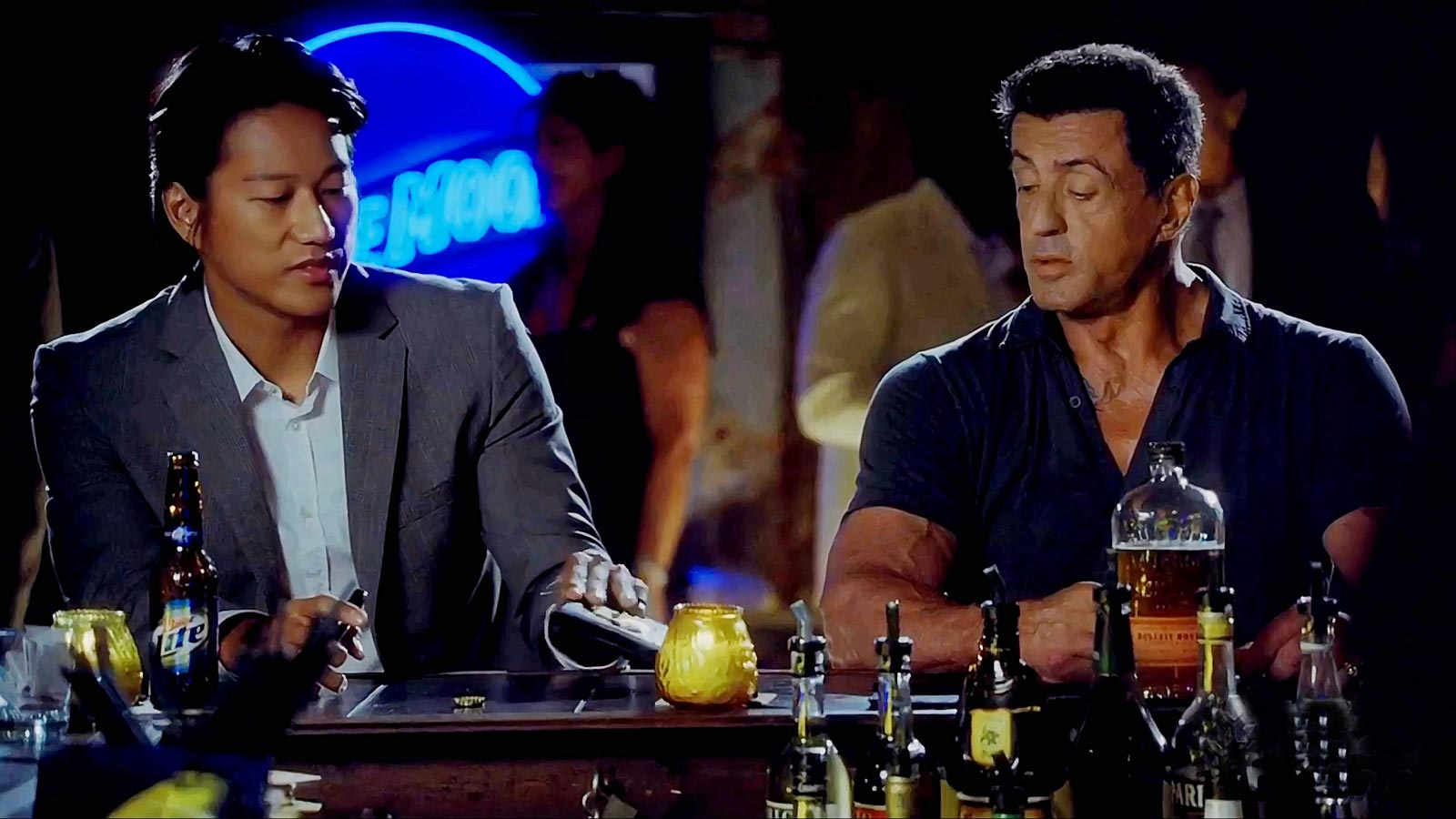