Did you ever think there could be funny times embedded in sperm donation? I guess, when you think about it, there could be the makings of a great comedy, seeing how a sperm donor could become the unknowing father to many, many children. The realization of that alone would make a great logline. Director Ken Scott realized that, and now his movie, “Starbuck” is coming to theaters via eOne Films March 29.

The film stars Patrick Huard, Julie Le Breton and Antoine Bertrand in this crazy comedy about the perils of sperm donating:

“STARBUCK stars Patrick Huard as David Wosniak, a 42-year old lovable but perpetual screw up who finally decides to take control of his life. A habitual sperm donor in his youth, he discovers that he’s the biological father of 533 children, 142 of whom are trying to force the fertility clinic to reveal the true identity of the prolific donor code-named Starbuck.”

Below are the poster, trailer and stills from the film. After taking a look at the assets, give your opinions about the film in the comments section below. With a creative plot that has huge potential for laughs, here’s hoping the film scores well at the box office. 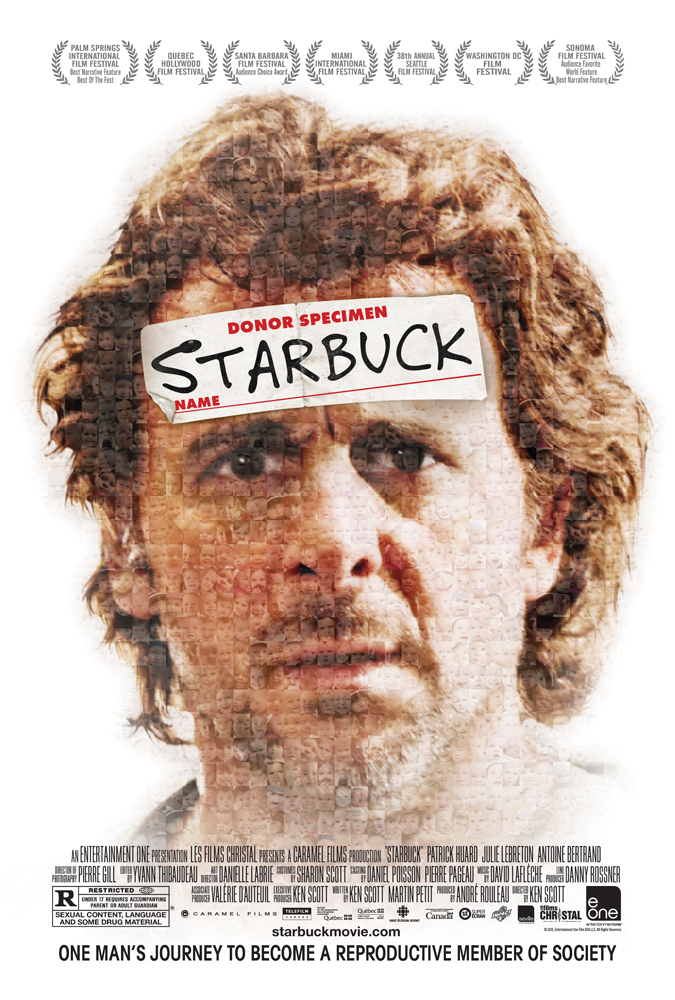