Is the G.I. Joe team not for you? Do you have more of a venomous personality? Do you just root for the opposite side? Perhaps you’re a good candidate for Cobra.

A cool new “recruitment” video has come out from the “G.I. Joe: Retaliation” viral site, CobraSpecialForces.com. The site is looking for a few good men to join the covert team, and to become a member, all you have to do is connect with Facebook. Check out the video below the post.

In th sequel, the G.I. Joe team are busy fighting the bad guys, Cobra, as well as some new threats from within the government that could ruin the entire G.I. Joe squad. 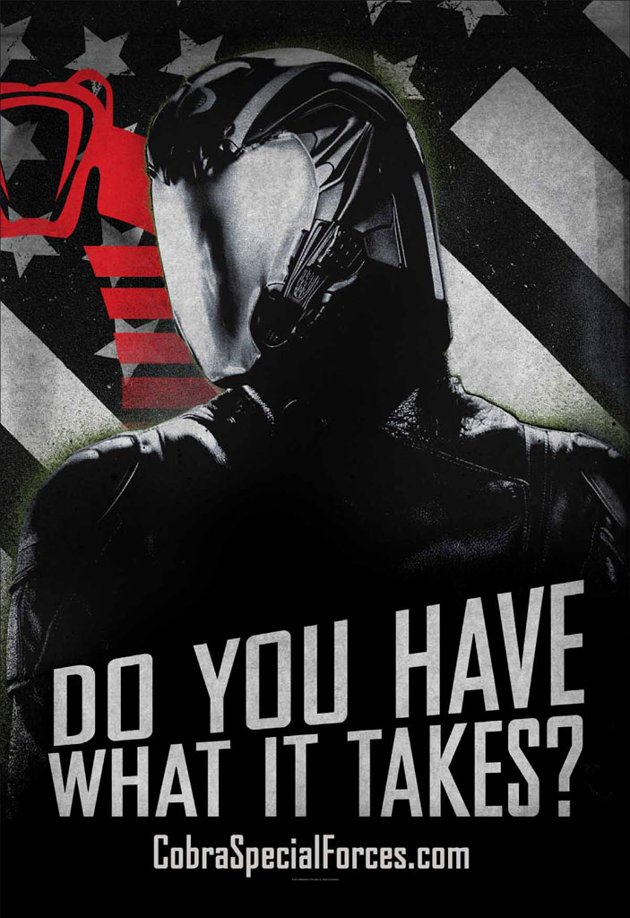