Only the U.S. and New Zealand allow pharmaceutical ads on TV, but given the way the American commercials are shaped as required by the FDA, you may wonder whether the drug companies are really making money from their announcements. While a favorable reaction of an eye drop or a capsule or an injectable is touted, the side effects, as announced in the commercials, tend to include nausea, weakness, fatigue, erectile dysfunction, dizziness, headache, tingling, blurred vision and…death. Masochists may run to buy these drugs. Who else?

Steven Soderbergh’s movie “Side Effects” could conceivable put another nail in the Rx coffin. Coincidentally, British science journalist Ben Goldacre came out February 5th with his “Bad Pharma: How Drug Companies Mislead Doctors and Hurt Patients,” trashing the big guys who research legal drugs, some of which do more harm than marijuana and even coke. Psychiatrists are not off the hook either, hob-nobbing with the drug companies for money when they recruit patients for studies and junkets, during which the law allows big entertainment so long as the drug reps discuss business for five minutes at dinner.

At first prolific director Steven Soderbergh appears to take aim primarily at the drug giants across the board, or at least all those who market those anti-ennui drugs that make TV audiences depressed. And he does try to bring down the corporations, who according to Goldacre’s book delete studies that contradict their public relations; though to be fair, they all cite more bad things that could happen to you (at FDA’s insistence) than positives. But after the tense opening one-third of the story, Soderbergh, together with Scott Z. Burns who wrote both “Side Effects” and “Contagion” under Soderbergh’s direction, turns the movie into a thriller with so many twists and such revelations that come at us speedily during the concluding moments that we can’t help thinking that they’re going over the top on credibility.

If you’re willing to shunt aside the absurdity of a lesbian relationship revealed to us late in the game and the equally unbelievable double-crosses, “Side Effects” is a mighty effective thriller that’s well cast throughout, featuring occasional yelling and violence, but on the whole respecting audience intelligence. In fact it respects audience intelligence so much that people at the screening I attended debated heatedly with one another about the motives of the principals.

You’ll remember Rooney Mara, the attractive young woman whose character, Erica Albright, walks away from Jesse Eisenberg’s Mark Zuckerberg during the first five minutes of “The Social Network” and who later starred as Lisberth Sander in “The Girl With the Dragon Tattoo.” She is at the center of the story as Emily Taylor. Her handsome husband Martin (Channing Tatum) is getting out of jail after serving four years for insider trading. Emily has waited for him with mixed emotions, as she has lost her plush suburban house and now sits in a dreary apartment. Having tried suicide by crashing her car into a brick wall, she is put on an array of anti-depressants by Dr. Jonathan Banks (Jude Law), a psychiatrist who has been feted by a drug company with a big cash award and a junket. When a murder occurs, Banks consults with Emily’s previous therapist, Dr. Victoria Siebert (Catherine Zeta-Jones). Emily has memory loss, she sleepwalks, she continues to be depressed, while Dr. Banks’s own relationship with his wife Dierdre (Vinessa Shaw), is disrupted by his obsessive interest in the case.

Much of the film deals with discussions of drugs and, of course, their side effects, which in itself would be interest to some of us in the audience. If you’re young and healthy and have not spent much time concerned about pharmaceuticals (which appear to be advertised only on programs like the news that are targeted to mature adults), their is still much to rivet your attention. It helps a great deal that Rooney Mara can hold her own when playing next to giants like Jude Law and that the ensemble comes across as believable even with the more incredulous script moments. Soderbergh’s direction, bolstered by Scott Z. Burns’s solid script and by lush cinematography from Soderbergh using a nom-de-plume, makes this a movie whose major side effect would be continued discussions by audience members days, even weeks, after opening. 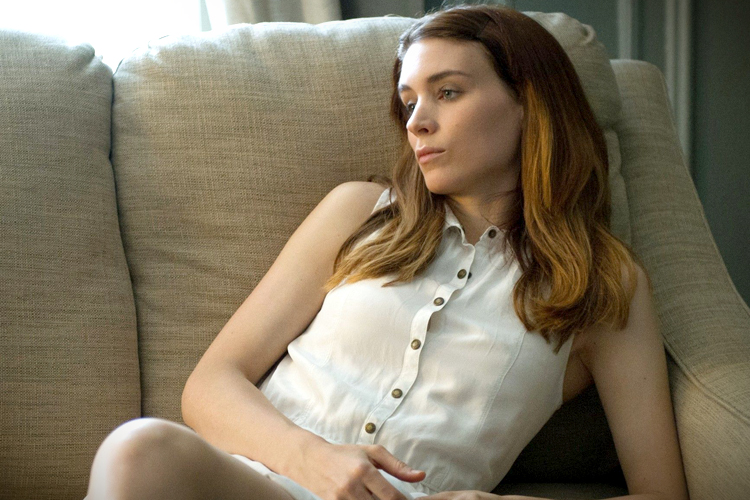