Game Description: Fans are able to battle nine of the greatest golf legends of all time in Tiger Woods PGA Tour 14. AN all-new game mode called Legends of the Majors gives players a chance to travel back through time and relive the rich history of golf by matching up against the sport’s greatest legends, including Seve Ballesteros, Ben Hogan, Bobby Jones, Jack Nicklaus, Arnold Palmer, Gary Player, Sam Snead, Lee Trevino and Tiger Woods. Players can work their way through these legends in various eras and take each of them down to earn their own seat at the table of golf legends.

Hoisting the Claret Jug, breaking Jack Nicklaus’ record of 18 major victories and slipping on the coveted Green Jacket are now all within a player’s reach. In Tiger Woods PGA TOUR 14 users, for the first time in franchise history, have a chance to go for the Grand Slam by playing historical events in all four majors, the Masters Tournament, U.S. Open, The Open Championship and the PGA Championship. 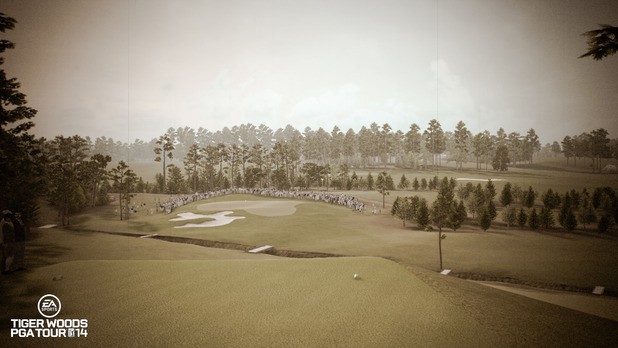