Lovingly captured but rather dramatically inert, “The Playroom” is a slice of 1970s-era familial portraiture, with a special focus on wandering eyes and the secret lives of adults. If “The Ice Storm” was a band, think of this as its minor-chord, B-feature opening act, a boxed-in, presumably autobiographical tale in which a quartet of kids manage their mother’s alcoholism and nice-guy father’s enabling… WITH IMAGINATION!

Set in 1975, “The Playroom” centers on the home life of lawyer Martin Cantwell (John Hawkes) and his scotch-dependent, emotionally distant wife, Donna (Molly Parker). The couple has two boys and two girls, with older daughter Maggie (Olivia Harris) serving as the brood’s de facto mother. When they get home from school one afternoon she invites classmate Ryan (Cody Linley) back to have some afternoon delight in the garage, but otherwise spends her time cleaning up the house and, with some help from middle brother Christian (Jonathon McClendon, resembling a younger Chris Colfer), looking after their younger siblings, Janie (Alexandra Doke) and Sammy (Ian Veteto). Donna eventually wanders home, not long before Martin arrives from work, and after a family dinner some neighbors, Clark (Jonathan Brooks) and Nadia (Lydia McKay), come over for an adult evening of cards and conversation. Inappropriate flirting and more ensues, as the kids seek refuge in their titular hideaway, and tell each other fantastical stories.

Suburban malaise and infidelity is nothing particularly new, but there’s inordinately little conflict here across the board, especially given the range of ages of the kids. Directed by Julia Dyer, from a screenplay by her sister Gretchen Dyer (brother Stephen Dyer serves as a producer), “The Playroom” is tenderly observed, but curious as to what it regards as insightful or engaging. The script tosses out a few oblique lines (“Love is falling down a hole inside yourself,” opines Maggie), but otherwise lays out most of its feelings on the surface: Maggie is the caretaker, and thus resented by her mother, while Janie, her mother’s favorite, is so addicted to the (occasional) attention she receives that she’s fiercely protective of any assault on her mom’s shortcomings.

Rather pointlessly, the movie compresses all of its action into one day. It’s perhaps a production concession to limited resources, but the movie — which unfolds in cramped fashion at one suburban domicile, despite some imaginative split-level framings by cinematographer Russell Blair in an attempt to open things up — could easily have spread out its action over the course of several weeks or months, which would help things feel more organic and less contrived. As is, while the acting is fine — Parker and Hawkes, both pro’s pros, are superbly dialed in, capturing the little rhythms of an unhealthy codependent relationship — the story itself is a big shrug. It may be fine cinematic therapy, but this “Playroom” isn’t really made for guests.

NOTE: For more information on the film’s theatrical engagements in Los Angeles at the Laemmle Music Hall, in New York at the Cinema Village and Dallas at the Texas Theater, visit its website at www.ThePlayroomMovie.com, or its same-named Facebook page. 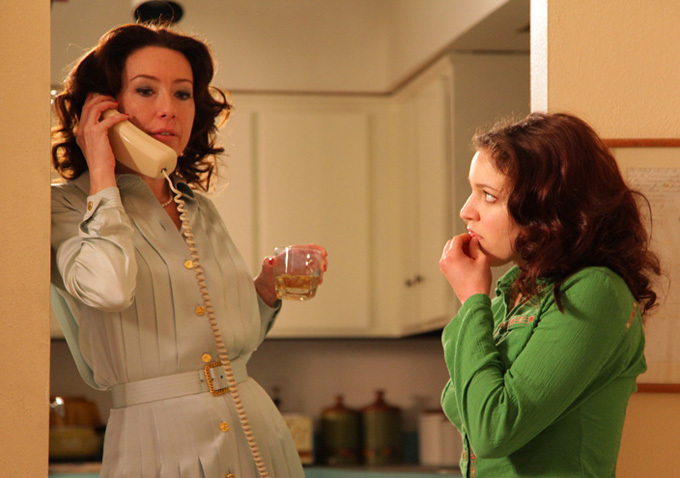