The Internet is buzzing with its fair share of past Grammy Award moments, but these lists are typically specific to either performances, wardrobes or outlandish occurrences. I’ve decided to condense the “Top Ten” selection even further and group all the Grammy moments into one read.

Since the iconic award show is today, I expect you, Shockya readers, to be preparing for your Grammy parties and not surfing the web for too long. So, use your Internet time wisely and check out the brief list below.

Still bitter about Eminem’s “Recovery” snubbed for “Album of The Year” in 2010, I, now, find myself clenching onto this performance more so than ever. It seems Eminem’s personal woes tend to outshine his talents, but as a longtime fan of his, I will constantly defend his “legendary” status in the music industry.

Eminem broke boundaries as a white rapper, who leaves no subject untouched or censored. His 2001 Grammy performance of “Stan” with Elton John further supported the notion above and reiterated Eminem’s ability to collaborate with anyone from just about any genre.

Pink has been in the spotlight for over a decade, selling more than 40 million albums. Her 2012 release, “The Truth About Love” debuted at No. 1 on the Billboard 200 chart with 280,000 units sold. With all this endless success, I still think Pink deserves more recognition than is given in the music industry, which is largely contaminated with auto-tuned vocals.

Her 2010 Grammy performance of “Glitter In The Air” showcased the unlimited range of her talents. While defying gravity, Pink effortlessly kept her vocals on pitch. You can contort her body in any direction at any speed and I guarantee Pink’s live performing abilities will remain flawless.

Yes, this tiff technically occurred before The Grammy Awards, but it is too notorious to not constantly associate with the award show night. Due to the incident, the duo didn’t even attend the 2009 Grammys, but still make this list mostly due to the relevance of this 4 year-old violent dispute. The question remains, will Rihanna and Brown make it together to the 2013 award show? Have you heard that Rihanna will be going in concert this year? Be sure to buy your Rihanna Concert Tickets from Bigticketshop.

The late Whitney Houston opened up the 1989 Grammys with “One Moment In Time”. After a year since her passing, I still can’t bear to throw away the New York Post’s February 13th, 2012 issue that announced her death.

Whether it’s denial or not, Houston is gone, but what strikes me the most about her untimely passing is how her renowned voice dissipated throughout the years. Performing “One Moment in Time” in a white dress, she looked angelically untainted. I will always remember Houston in this fashion.

Brown made this list twice for two entirely different reasons. It is difficult to overly praise Brown for his musical talents, when his personal flaws are jarringly disturbing, but re-watching his 2007 “Run It” performance, I still find myself in utter shock.

At the 2010 Grammys, Prince and Paris Jackson accepted Michael Jackson’s “Lifetime Achievement Award”. While the Jacksons’ speech was moving, their very public appearance left me bewildered. The late Jackson famously hid his children from the limelight and speaking at the Grammys completely defied his parental intentions.

Lady Gaga turned the Grammy Red Carpet into a spectacle with her 2011 egg entrance to promote her album, “Born This Way”. I fully understand her attire choice in connection to the lead single, but this arrival is way to left and diverted red carpet attention away from some other deserving artists. 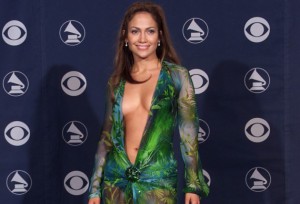 Take note of this attire, Gaga. You can garner wardrobe notice without a complete outer “transformation”. Dating Diddy at the time, J.Lo is forever remembered for this plunging dress and set a precedent for other daring Grammy outfits to come.

It is one thing to lip sync live, but it is another to record an album without using your own vocals. Milli Vanilli fooled everyone all the way up to the Grammy podium, where the duo won Best New Artist in 1990. Beating out Neneh Cherry, Indigo Girls, Soul II Soul and Tone Loc, Milli Vanilli received the “indian giving” treatment. This incident made “Best New Artist” the only category in which a Grammy was revoked.

Rounding out the Top Ten Best Grammy Moments is Christina Aguilera’s epic fall at the very end of the 2011 Aretha Franklin tribute, alongside Jennifer Hudson, Florence Welch, Martina McBride and Yolanda Adams. The quintet did a stellar performance, but not enough to keep Aguilera standing strong until the very last note. 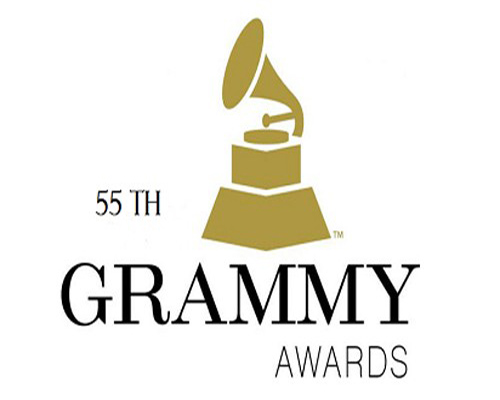