The official trailer and poster for the upcoming war history drama ‘Emperor,’ directed by Peter Webber, have been released. The film, which stars Tommy Lee Jones, Matthew Fox and Eriko Hatsune, is set to be released into theaters on March 8 by Lionsgate and Roadside Attractions.

A tale of love and honor, forged between enemies of war, ‘Emperor’ is inspired by true events. The drama tells the story of the secret and bold moves that won the peace in the shadow of post-war Japan. Americans occupy the Asian country in the unpredictable days after Emperor Hirohito’s World War II surrender. General Douglas MacArthur, played by Jones, suddenly finds himself as the de factor ruler of the foreign nation. So he assigns an expert in Japanese culture-General Bonner Fellers, portrayed by Fox-to covertly investigate the question plaguing the country: should the Emperor, worshiped by his people but accused of war crimes, be punished or saved?

For more information on ‘Emperor,’ visit the film’s official website. Watch the trailer, and check out the poster, for the drama below. 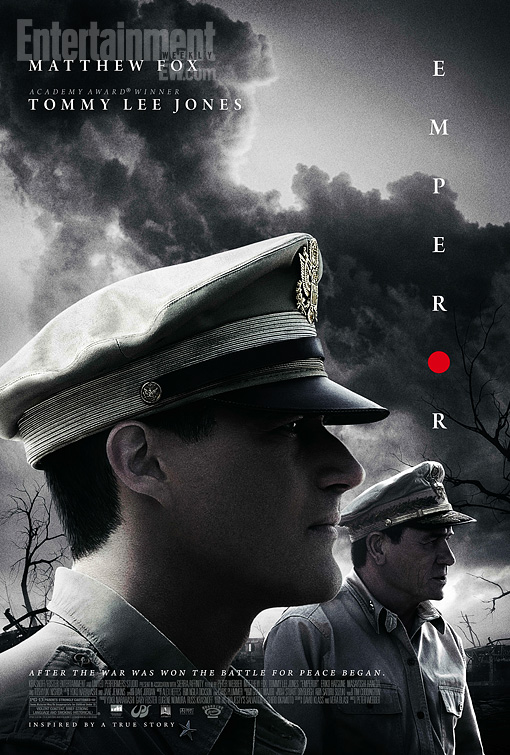