His previous film, the surrealistic dark comedy “Rubber,” was about a psychokinetic tire that wandered the dusty American Southwest exploding the heads of those who got in its way, so anyone who saw that will not be very surprised by Quentin Dupieux’s new movie “Wrong,” which trades in the same sort of absurdist humor. A work of significant playfulness and imagination — it features cinema’s best dog crap joke ever, hands down — that hints at a broader promise of budding, starburst auteurism upon which the film as a whole doesn’t really deliver, “Wrong” is a lateral-move curio that will connect roundly with a certain subset but strike plenty of folks as odd for odd’s sake.

The story centers on Dolph Springer (Jack Plotnick), a simple suburban guy who awakens to find his dog missing. Dolph tries to distract himself from his grief by querying a worker, Emma (Alexis Dziena), at a new organic pizza place over the inspiration of their puzzling logo (a rabbit on motorcycle), but his day only gets stranger and more confounding. His landscaper Victor (Eric Judor) arrives, to discover that the palm tree in Dolph’s backyard has turned into a pine tree. At work, Dolph’s co-workers labor indoors in the rain, indifferent to the downpour. Soon, Dolph gets a message from Master Chang (William Fichtner), a ponytailed guy who kidnaps pets as part of a preventative animal abuse program (the theory being that pet owners reunited with their pets then experience the same sort of love they first felt), and is then contacted by Ronnie (Steve Little), a curious investigator who’s been tabbed with tracking down his still-missing dog.

So… yeah, there’s all that. With its streaks of anxiety and deadpan humor, “Wrong” vaguely recalls writer-director Sophie Barthes’ flawed but interesting “Cold Souls,” though there’s less adherence to or dependence upon a single plotline. That’s in the most general terms a good thing or a bad thing, depending on one’s point-of-view, but “Wrong” works best as a series of sketches or bits. It hangs together thematically, not unlike a well-crafted music album, but reaches a point about halfway through where its “point” kind of dissipates into a haze of self-satisfaction over its own amusement and inventiveness.

Dupieux, again serving as his own cinematographer and editor, knows how to evocatively craft mood on a budget, through incongruous small touches (in his canted world, the alarm clock flips over from 7:59 to 7:60 in the morning). His style is spare, which often underscores the natural tensions in the gulf between presentation and expectation. And Plotnick — who with his shock of hair and insurance salesman moustache looks like a reedy Aaron Paul — delivers a finely modulated performance that registers all the appropriate bewilderment. It’s just that “Wrong” doesn’t feel like it quite fully delivers upon its promise. It’s a nice, silly riff that could work better in truncated form, but runs out of steam a little bit as a feature.

NOTE: In advance of its theatrical release, “Wrong” is already available on VOD across various platforms. 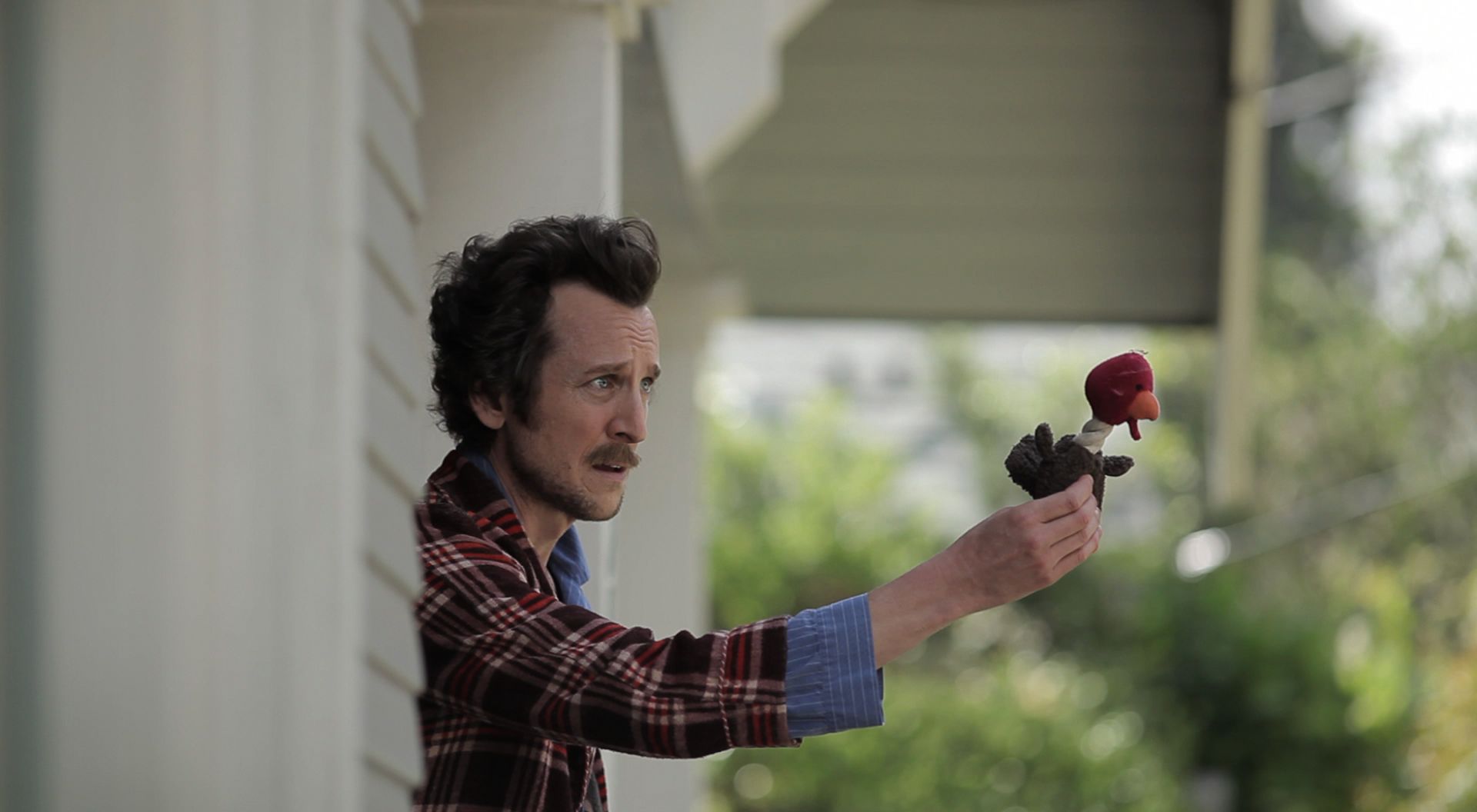