Forget the tears of a clown as it pertains to the inner psychology of a comedian — what about the rage of a clown? That’s the principal focus of “The Bitter Buddha,” a documentary portrait of middle-aged stand-up Eddie Pepitone that surfs along the edge of his angry but self-aware shtick and celebrates his standing among fellow comedians, but all without fully and insightfully digging into the deep-seated emotion that informs his existential angst.

Praised as the sort of comedian whom other comedians love (“the Charles Bukowski of comedy, except if you replaced alcohol with Nutter Butters,” says one), the Brooklyn-born Pepitone — whose late mother was stricken with a manic depression that rendered his still-living father angry and resentful — serves up a dizzying blend of caustic candor. He’s honest about his occasional resentment of young comics, but just as hard on himself (“I get heckled a lot in clubs. It’s usually generic, but accurate, like, ‘Eddie, you suck!'”). It’s this sort of “decades of fear and failure, and learning to deal with that creatively,” says champion Patton Oswalt (one of many other comedians who give testimonials of support), that informs the backbone of both Pepitone’s perpetually agitated professional voice and regular personality.

Director Steven Feinartz follows his subject around, and even works in some occasional animation, by Allen Mezquida, which is a nice touch, production-wise. But unlike “American: The Bill Hicks Story,” another nonfiction snapshot of a cultish stand-up figure, “The Bitter Buddha” doesn’t fully connect the dots between professional water-treading and the sort of stinging personal rejection that seemingly helps keep Pepitone in a state of under-appreciated arrest. Ostensibly, the movie’s arc builds toward a show Pepitone does in Harlem — his first in New York City in nine years, which coincides with the last time his father saw him perform. And seeing some of their interactions definitely informs a reading of the man.

But “The Bitter Buddha,” while passably engaging, is too polite and removed to resonate deeply for a wider audience. When Feinartz gets into Pepitone’s feeding of squirrels at a local park, and love of animals more broadly, or his fitful embrace of meditating in lieu of more personal sharing at Alcoholics Anonymous meetings, it hints at the pain and latent psychology of its subject, but then too quickly steps away from conflict and tension. The result is a nice glimpse into Pepitone’s private life for fans, but not a worthy introduction for mainstream documentary fans. 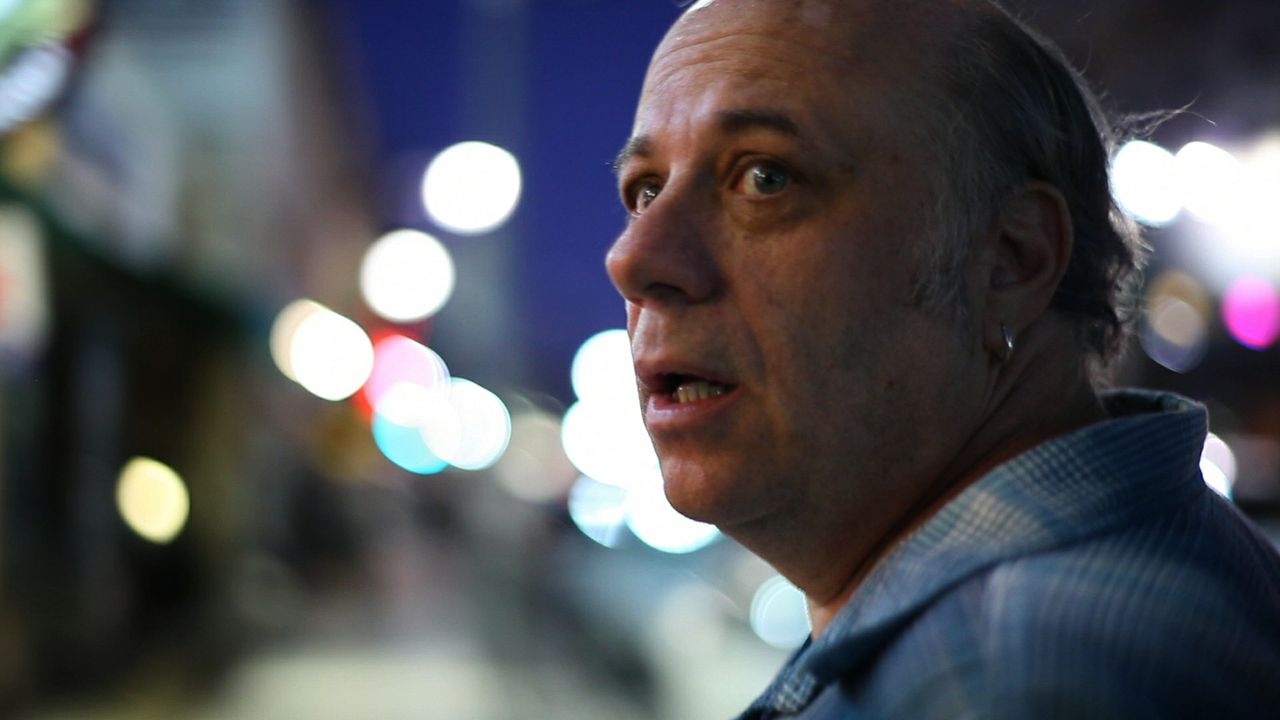