While I respect mostly every music genre, except electronic dance music, my complete admiration lies within the walls of rock n’ roll. Overtime, the progression of this category has continuously left me satisfied, only if you don’t count the off course traveling of rock into the pop realm, producing outfits, such as All Time Low. Steering clear of that direction, rock n’ roll continues a promising path with Grammy winning artists like The Black Keys, Jack White and Foo Fighters leading the contemporary way.

As rock n’ roll pushes on, it includes the elements that shaped it during the classic rock era as well. Artists from previous decades re-emerge with new albums in the 2000s, letting the genre draw back on the past, while forging a future. Heaven & Earth is the latest outfit to resurrect the sanctity of classic rock. The outfit will be releasing their third studio album, “Dig”, on April 23rd via Quarto Valley Records. Produced by Dave Jenkins (Metallica), “Dig” features special guests such as, Howard Leese (Heart, Paul Rdofers), Richie Sambora (Bon Jovi) and David Paich (Toto).

Heaven & Earth recently released a special behind-the-scenes look into the making of the album and what brought the outfit together to make such a “classic” sounding record. Check out the video here. Photographer Glen Wexler, who has shot over 300 album covers, including records by Van Halen, Black Sabbath and Michael Jackson, created the “Dig” album cover, which you can check out below, along with the album’s track listing.

For the latest information on Heaven & Earth and “Dig”, head on over to the band’s official site. 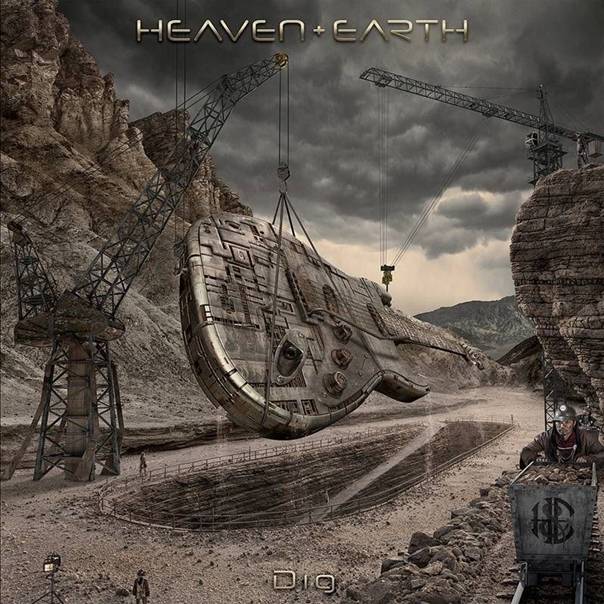