Nobody Gets Out Alive DVD Review

Title: Nobody Gets Out Alive

There is a legend about Braiden Woods and the madman who lurks within preying on drunk teenagers to satiate vengeful anger towards the ones who killed his only child in a drunk driving accident. Jenn was just released from a stint in a mental hospital and her friends want to take her out to party in the woods. Little do they know that the legend happens to be true.

I will agree with what some reviewers say about this film, it’s a modern take on an old idea from 70’s & 80’s horror cinema and at least it’s not a remake. That unfortunately is the one thing that’s working against it as well – it’s an old idea. You know exactly who’s going to live and who’s going to die. I was quite disappointed when the only character out of the group of friends I really liked gets killed off first. In the commentary, director Jason Christopher talks about how the whole cast and crew loved this actor, albeit a jerk character. He was by far the most intelligent characters (yet still a bit of a dumbass), and he gets one of the most gruesome kill scenes in the film. I knew he was probably going to eventually “get it” but not so soon in the movie.

The women are so dumb, I mean really dumb, for real. I hate stupid women characters. You don’t even get the perk of seeing bare breasts to redeem their stupidity like the horror films of olde. If any of them get away, it’s by pure dumb luck and that’s not satisfying.

Brian Gallagher was a commendable villain. He killed indiscriminately.  Maybe a little too talkative because we get that he’s angry and out for revenge, but when there’s a little mystery to the killer (i.e. Jason Voorhees, Michael Myers) they seem much more frightening.  We don’t need a deep explanation to their motives.  He’s already out of his mind, we don’t need him to seem human anymore.  The victims on the other hand could have used more of an introduction. Most of them were bitches and assholes, but for us to be concerned that they’re getting bumped off, we need to know who they are.  Jenn is a formal mental patient; are we to root for her survival because we feel sorry for her or hope she gets killed because she’s spazzing out?

Jason Christopher did  a decent job for his first feature. In the credits and in the commentary they allude to a possible sequel. As long as he found himself some better actors (who are not relatives), I might want to see how else they could add to this story. 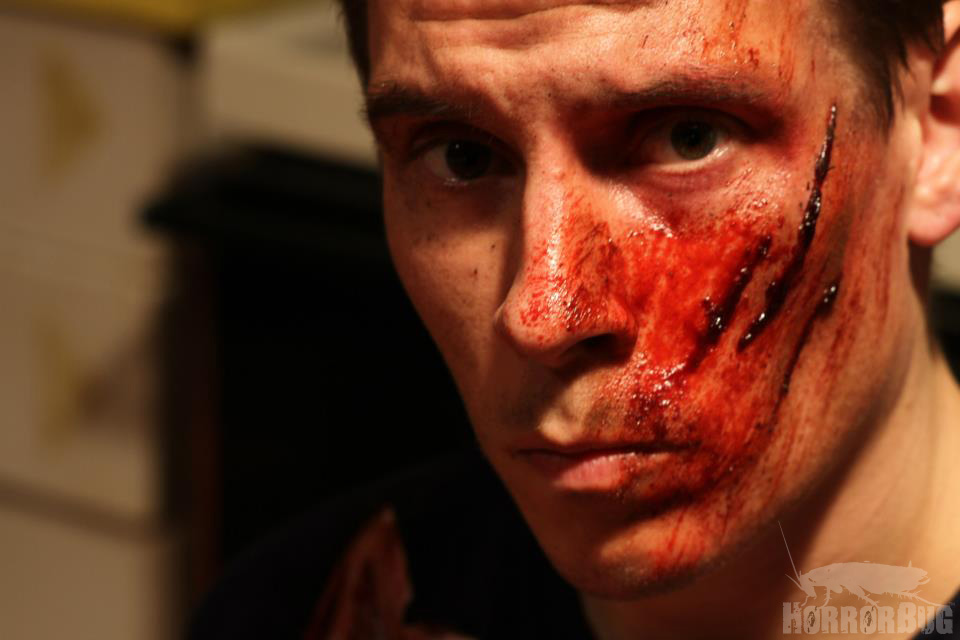