Streaking, excessive drinking, car chases, boyfriends trying to beat up heroes and even vicious animals on the loose – is there anything within the out-of-control party subgenre we haven’t seen? According to “21 and Over,” no, but since when does lack of novelty keep someone from going out and partying?

Miller, Casey and Jeff Chang (Miles Teller, Skylar Astin, Justin Chon) were best buddies in high school, but since heading off to college, have somewhat fell out of touch. However, there’s no better reason to reunite than to celebrate Jeff Chang’s 21st birthday. Miller and Casey opt for the element of surprise and while Jeff is thrilled to see his good ol’ pals, he can’t go out and party because he’s got a big med school interview in the morning. After a great deal of pleading and the incessant blaring of an air horn, Jeff gives in and agrees to have a single beer – that is until his legality hits him and he realizes he’s got every bar and bottle in town at his fingertips.

Similar to just about every party movie out there, “21 and Over” is an excuse to live the ultimate unrealistic bash vicariously through film. The narrative isn’t particularly believable or compelling, but Teller, Astin and Chon are talented and charming enough to keep you engaged and, for the most part, enjoying the party.

Miller is the quintessential rabid partier with zero ambition, Casey is the group geek with a bright future, and Jeff Chang is the stereotypical Asian, destined to become a doctor. While Teller, Astin and Chon all excel at portraying their archetype and even infuse them with just enough life to make them feel like real people, writer-directors Jon Lucas and Scott Moore nearly drown the boys in their attempt at making “21 and Over” about something bigger. Rather than gently suggest the leads have layers, Lucas and Moore go way too far, introducing very serious topics into what’s generally a frank, silly romp.

The duo also has a tough time on the directorial front. They don’t know how to cover action, making it noticeably difficult to track one of the film’s biggest set pieces, an epic bull-gone-wild meltdown, but, more detrimentally, they also have a tough time matching shots during quieter moments, specifically one-on-one conversations. Rather than keep it simple and work with a close-up on each character and a wide shot of the two, each scene tends to include a confusing assortment of shot sizes and angles that don’t cut together well. The duo also fails in constructing a cohesive shooting style. One moment we get crisp, clear, static shots and then next we’re being hit with grainy handheld footage.

But regardless of the very evident technical issues and basic script, “21 and Over” works well enough courtesy of the strong leads. Astin doesn’t share much of a spark with his crush, Nicole (Sarah Wright), but when he’s with Teller, the pair lights up the screen. Teller’s performance can be a bit over-the-top and even grating at times, but he and Astin share such on-point comedic timing, they can make even the flattest gags work. Chon finds similar success with Jeff Chang. He does spend a good portion of the film passed out, but when he’s alert, not only does he nail every single joke, but he even manages to keep one of the film’s more absurd attempts at drama from being entirely laughable.

We’ve already got “The Hangover,” “Project X,” “Superbad,” “Old School,” and so many more. Do we really need another crazy party movie? Not really, but even though we’ve already seen just about everything “21 and Over” has to offer, the film’s amusing, competent enough and has the slightest degree of originality to it making it unnecessary, but also harmless fun. 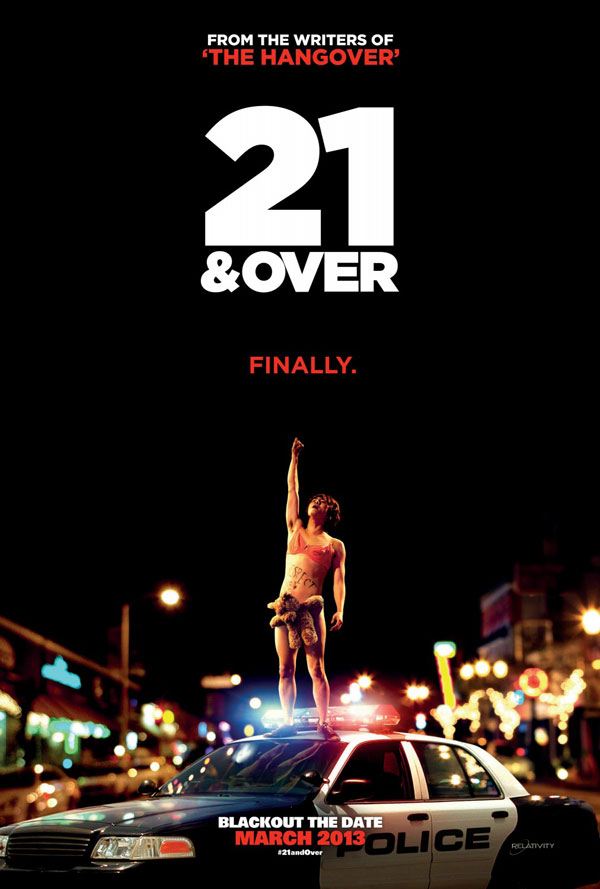