CBS Films’ “The Last Exorcism Part II” is gearing up to bring audiences back to the scary world of Nell Sweetzer and her battle with the Devil. If you’re a fan of the horror series, ShockYa’s got three limited edition “The Last Exorcism Part II” graphic posters (two red posters and one green variant) from artist Rich Knepprath. You can check out Knepprath’s work by clicking here and below the post; the posters look amazing, and any fan of the series would love to have one of these posters in their room.

Here’s how you can enter to win one of these posters. Follow us @Shockya. Tweet us the phrase, “@Shockya is giving away 3 The Last Exorcism Part II posters by Rich Knepprath! Follow and RT to enter!” You can enter every day until March 14, and at the end date, we’ll pick three winners at random, notifying them through Twitter DM. Good luck! 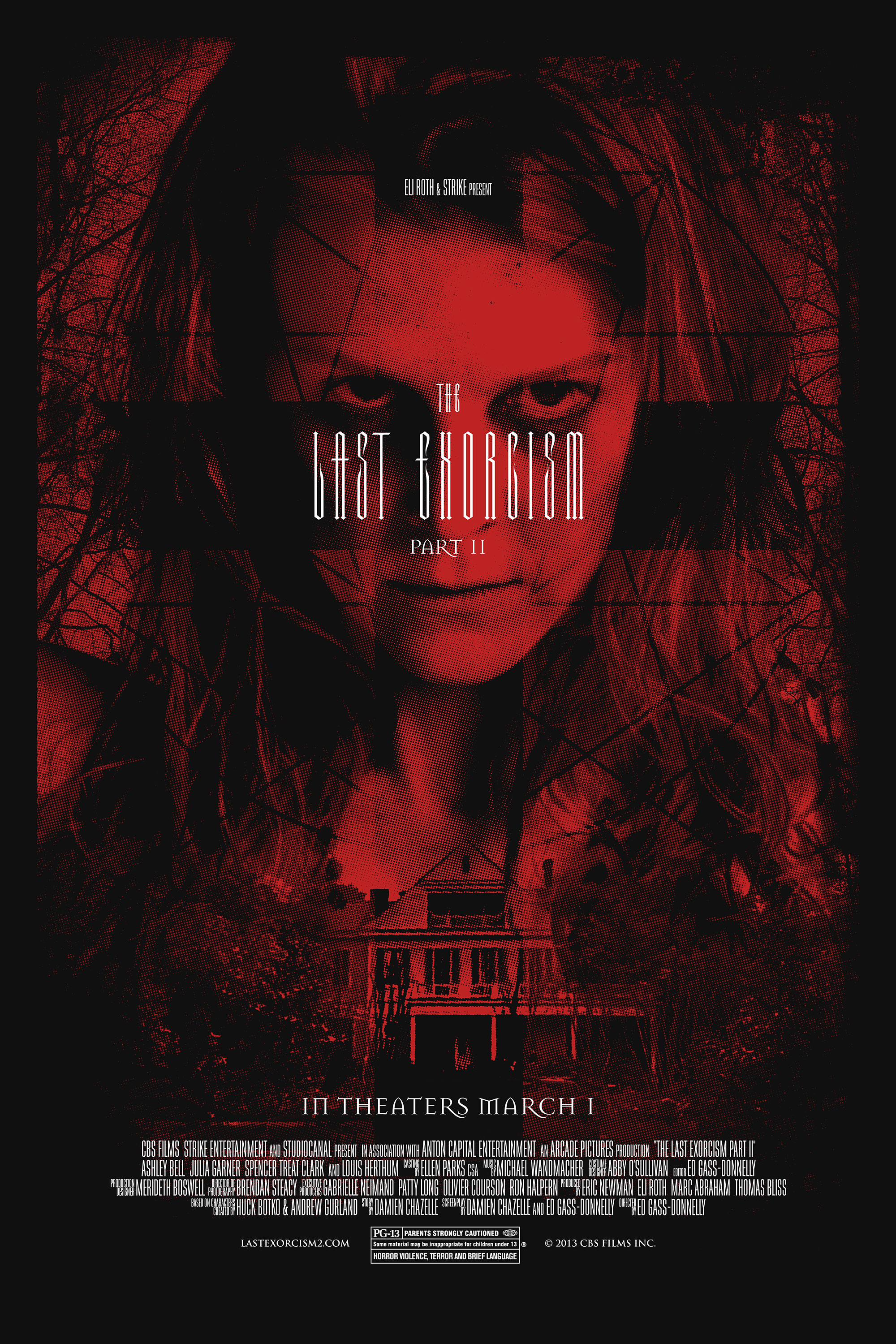