A trio of neo-nazi, meth crazed masked men terrorize a family on the night of the youngest son’s birthday party.

I am not a fan of the “found footage” horror genre. I  felt nauseous  and got a headache which lasted several hours after watching this film because of the ever-present shaky cam that I never had happen with other found-footage films. For those who are fans of the genre might like Hate Crime, or they might not.  This isn’t anything like we’ve seen before. It doesn’t involve a haunting, vampire/zombie virus or some entity in the woods; it’s a situation that could be based on a real life tragic occurrence.

Some of the actors were lacking skills, with exception to Debbie Diesel who played the daughter Lindsay; I thought she stayed true throughout the film. The majority of the first half hour felt like I was watching a theater games exercise, and a few of the actors can’t improvise to save their careers; there were a few awkward silences and pauses when someone went off script.   The parents didn’t react well to a home invasion in my opinion. Dad (Greg Depetro) should’ve put the camera down and ran out of the house to get help. Why would all of the kids and dad run upstairs to hide under the same bed? In a fight or flight situation, their first instinct should’ve been to get the hell out of the house; there were 5 family members against 3 intruders, someone could’ve gotten away.  Mom (Maggie Wagner) may have been going for stoic, but I would think she would be more terrified for her children and willing to do more to save them at all costs.  The eldest brother Tyler (Nicholas Clark) gave an okay performance, but we only get to really watch him when he’s getting f-d up by the bad guys, so it was hard to really see him act besides tortured; with that I’ll retract and say he did pretty well.  One (Jody Barton) was a  creepy and effective villain, but his actions were questionable involving the camera; I just didn’t get his motives.

I didn’t remember hearing how these three guys knew or thought this family was Jewish. They just moved into the house, had not even met anyone in the community yet. I may have just missed that aspect, or maybe it wasn’t even revealed.  I would go back and re-watch this to attempt to get that information, but I really don’t want to have to experience that again.

I have always been one to make sure my doors and windows are locked at all times, and after watching this film, my OCD is kicked up another notch.  I could see this movie being terrifying to many, therefore a successful achievement by the filmmakers, but it wasn’t my kind of film.    I did find the subject matter to be offensive, but reality isn’t pretty, and writer/director  James Cullen Bressack showed that realism is far more scary than the standard horror film with what we’re familiar. 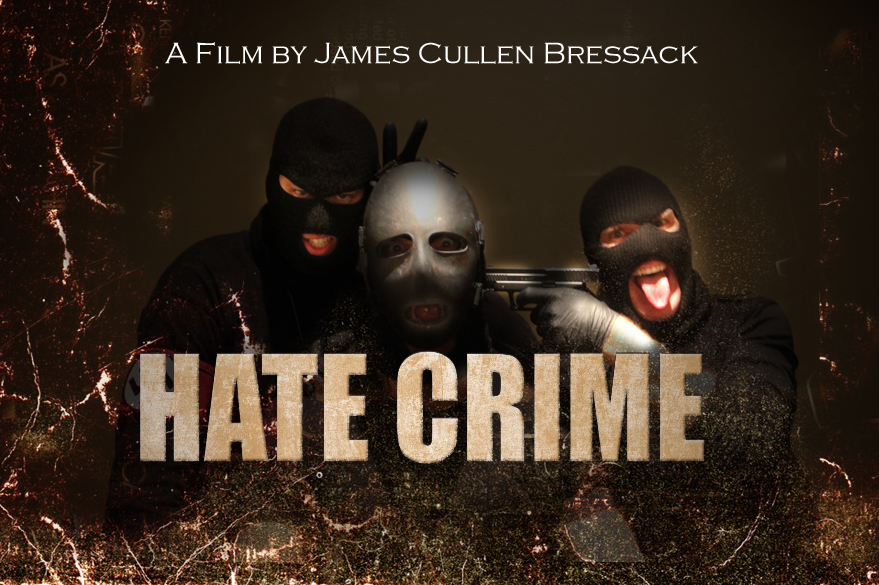