Directed and Written by Nick Love

The Sweeney is the action movie that’s been missing from American cinemas for far too long. Director Nick Love opts to ape Michael Mann instead of Michael Bay, allowing his characters and not gunfights to tell the story. Love’s cop thriller calls back to a time before these films became generic and retained their sense of cool. The heroes here aren’t afraid to crack a wise comment, and would rather shoot first than mope about how they can’t be with a particular love interest.

That may sound like a jumbled mess of ideas, but it’s mostly because I’m thrilled action movies have the shot in the arm they need. Nick Love opens with a shootout and chase, but builds it up to be something exciting. We’re barely getting to know the team, and yet we feel for them as various members of “The Sweeney” get knocked down or almost killed. Unfortunately, not enough time is spent getting to know everyone, but each member of the team has a distinct characteristic that makes them memorable throughout the film.

The team members we do get to know anchor the film, like they should in any great action film. Ray Winstone plays Jack Regan, a Detective Inspector who breaks the rules when he needs to. That does sound stereotypical, but Winstone injects enough into Regan to make him feel fresh. His chemistry with Ben Drew’s George Carter is outstanding, and Drew himself gets some great moments to shine as a bonafide badass. They feel like a father and son duo, and in the later half, their relationship has real stakes. Hayley Atwell looks as gorgeous as ever and plays a strong, tough female character in Nancy Lewis. She’s a little defined by her relationships, but Atwell masks it by making her a well-rounded character. “Homeland’s” Damian Lewis is spectacular as Chief Inspector Frank Haskins, and thankfully the script allows him to be more Martin Castillo than the ‘give me your badges’ type of captain.

All of these fine performers are backed by a director who’s confident in his material. They’re supported by a script that understands the stereotypes, then turns them on their head for the right reasons, and not because it can. A lot happens over The Sweeney‘s almost two hour runtime, and none of it feels like bloat. Nick Love directs from a script he wrote (with a story help from John Hodge,) and seldom does it feel like he’s indulging. True, there are some things that don’t entirely work, but they feel like tiny scratches on the side of a brand new smartphone.

Love’s direction is what really wins The Sweeney over. Action scenes are shot coherently, and each one feels exciting. Love gets that all this shooting means nothing if we’re not involved with the characters, and he makes sure most of the film is dedicated to them and their struggles. We want Regan and his team to succeed, even with their unorthodox methods because they’re flawed. Love’s backed by some wonderful cinematography from Simon Dennis, keeps his shaky cam to minimum. Even then, Love and Dennis utilize it to their advantage.

Love and his team should be proud of their work here, as The Sweeney is the breath of fresh air an almost dying genre needs. It remembers when action heroes were tough, but doesn’t compromise  their characteristics. That’s ultimately what raises The Sweeney above your modern cop movies. This isn’t about twists at every turn, but about colorful characters who gel together. Thankfully, it doesn’t sacrifice its action sequences and uses them to enhance the film. It may not be perfect, but The Sweeney is the example the modern action film needs to follow. 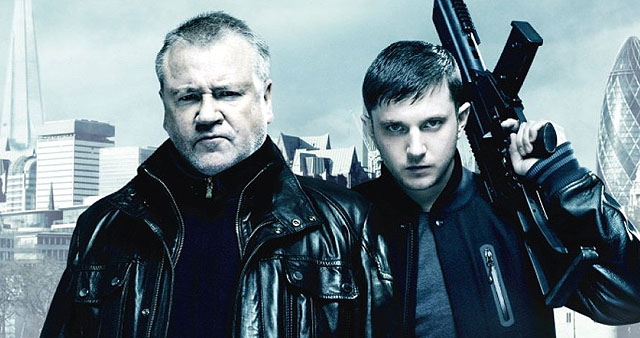