Awards season’s starting early. Already an incisive performance by 14-year-old Elle Fanning (13 when she performed in “Ginger & Rosa” and 10 when her career began) may be already talked about by organizations that give best-actress accolades. In a film that seems designed to capture all of Ms. Fanning’s talents, Sally Potter’s “Ginger & Rosa” could not be more fitting. Conveying emotions from adolescent giggles to more mature depression and tears, Fanning anchors a movie that in the opinion of some could be one in which vivacity turns to soap but in reality, Ginger appears to matured overnight when she feels justifiably betrayed by her best friend.

And who wouldn’t be best friends when both were born in London on the same day in 1945 in the shadow of the Hiroshima bomb. It’s now 1962, the time that the Cuba Missile Crisis is a news item with repercussions that could affect the entire Western world. President Kennedy provocatively tells Chairman Khruschev that a nuclear attack against any country in the Western Hemisphere would be considered an attack by the Soviet Union and would be met with full retaliation.

While seventeen-year-olds are not generally avid followers of current events, Ginger (Ella Fanning) and Rosa (Alice Englert) are fearful enough of a nuclear holocaust that they have joined street demonstrations against the bomb—though one wonders how a bunch of young people being busted on a London street would have the slightest impact on the politicians. Ginger shows her sensitivity to world politics and later to her friendship with Rosa through her poetry. Rosa, not as much of a peace activist as her friend, is more involved with teaching Ginger how to kiss. They laugh and giggle and show adolescence to be the best years of one’s life…that is, until a rash act by one leads to torment and tears and a plea for forgiveness.

The movie is ably supported by a crack ensemble cast, particularly by Alessandro Nivola in the role of Roland, who is Ginger’s young dad, a man who had married Natalie (Christina Hendricks) when both were teens and who have now separated, leaving Ginger adrift. If you overlook his hostile treatment of his pretty wife (Christina Hendricks), he’s the kind of fellow many of us would like to have as a dad, i.e. those of us on the left politically. He spent time in jail as a conscientious objector (though one must dig deep into philosophy to justify objecting to fighting Hitler). He states that the afterlife is a superstition and that one must live fully now. His relationship with his daughter Ginger is terrific, taking her and her best friend on a roller coaster ride, understanding enough to make her want to move out of her mother’s home and into her dad’s. Oh yes, you’ll also have to overlook his sexual relationship with Rosa, who at seventeen is within the age of consent in Britain. Without that, though, all you’d have in this picture is the friendliness of two giggly girls. The betrayal is a needed factor to rounding out the quality of the film.

Annette Bening is great as Bella, a feminist who sets up a relationship with the family. Her sharp comments, such as those against calling a female poet a poetess and her insistence on exactness in language makes her the sort you’d want (or hate) as an English teacher. Timothy Spall as Mark and Oliver Platt as Mark Two, a gay couple friendly with the family, add both humor and good advice to the folks. Sally Potter, the directoress (oops) doesn’t approach the magnificence of her 1992 movie “Orlando,” about a nobleman ordered by Queen Elizabeth I to stay young forever, but who knows? Elle Fanning may become the next Tilda Swinton. 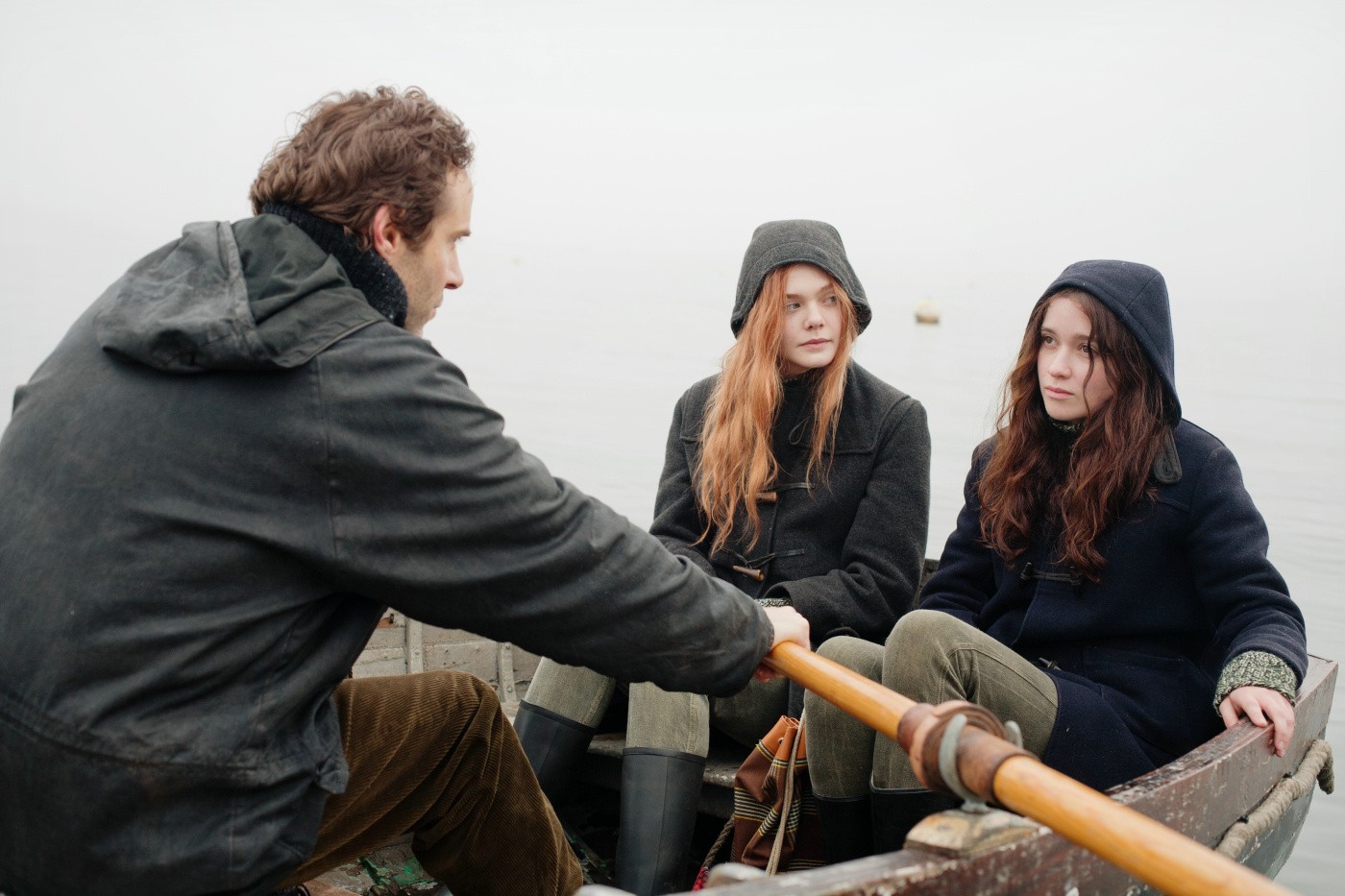