“The Croods” played to a packed family audience Saturday at the Miami International Film Festival, with filmmakers Kirk De Micco and Chris Sanders present to talk about the making of the film. From the original trailers, I was set to expect something more ordinary, even with the stellar animation and vivid colors. But in fact, I got something much more than I was expecting. Not only were the visuals great, but the story was rock solid as well.

The film tells the story of The Croods, a prehistoric family whose patriarch, Grug (Nicolas Cage), advocates staying in their cave as a means of safety from an otherwise cruel world. His oldest child, teenager Eep (Emma Stone), is much more curious about her surroundings, and this curiosity gets fed when she meets a more modern human, Guy (Ryan Reynolds), his pet/clothing accessory Belt and his creation, fire. After he warns of the end of the earth (what we now know as the tectonic plate shift that gave the world continents), the Croods see the destruction for themselves. They’re forced to leave their beloved cave and enter the more colorful and scary jungles on a voyage to Tomorrow.

The story is completely well-crafted; nowhere can you find an outright “Shrek”-esque pop culture joke or any other humor to cater explicitly to anyone over the age of 10. Instead, the humor the film relies on is more organic in nature and filled with much more clever nods to ordinary products like umbrellas, shoes and modern-day inventions, such as the Polaroid. What’s really unique is that all of the inventions are based within the world; nothing feels like it couldn’t have been made in this Time Before Time.

The artistry in the film is also something to be admired. The animation shows creativity and attention to detail–at some points, certain shots of feet and hands look extremely real, showing just how far 3D animation has come since “Toy Story.” Also, I haven’t watched many 3D films on purpose–generally, the 3D gives me a headache, interacts strangely with my glasses, or bears no real connection to the story other than being a selling gimmick. But, the use of 3D in this film though, is wholly justified and beautifully integrated into the film as another storytelling device. The jungle the Croods and Guy trek through is already expansive, but the depth and lushness of the setting is greatly enhanced with the added technology. One particular scene the 3D tech excels in is when Guy shows the Croods (minus Grug) the stars from the top of a tree. You really get a sense of just how awe-inspiring the new world is. It also reminds you just how much wonder can be found in our modern world as well–when was the last time you looked up at the stars without streetlights flooding the sky?

Overall, this film (also starring the vocal talents of Catherine Keener, Clark Duke and Cloris Leachman) will highly impress all age groups once it finds its way to theaters March 22. During the Q&A with the filmmakers, it was revealed that conceptualizing the film took a whopping nine years and the actual creation of the film two to three years. After viewing the film, one can see that the slow incubation time was totally worth it. 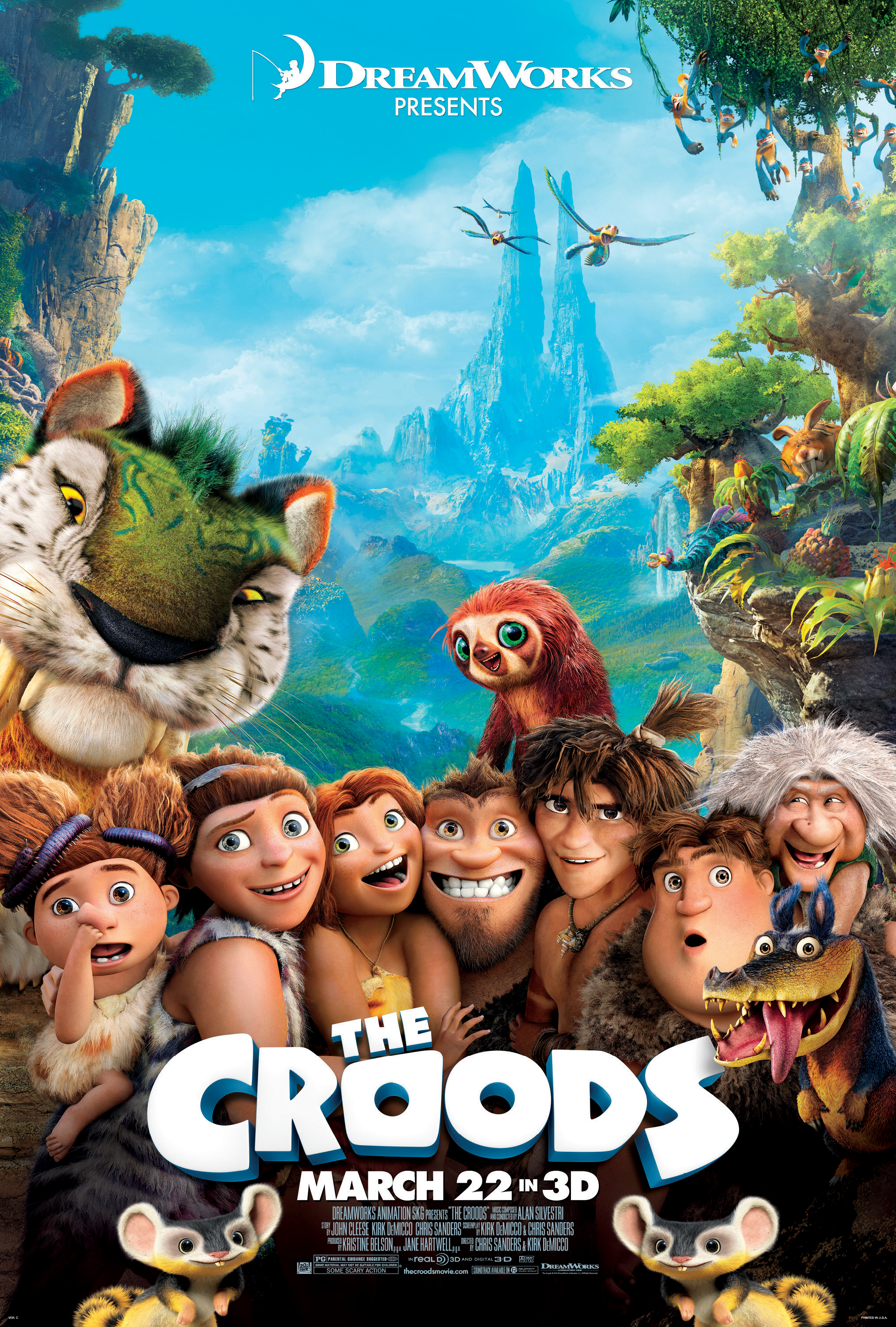