Interview: Matthew Goode Talks About His Role in Stoker

The seemingly innocent and silent nature of a character can suspensefully add intrigue and mystery to their true nature and motivations. While the young lead character, India, in the new mystery thriller ‘Stoker’ often remains silent to mask her pain and emotional trauma, her seemingly protagonist nature becomes blurred by the arrival of her Uncle Charlie. Cunning and calculating the moment he meets his niece, he becomes increasingly eager to mentor her into doing whatever it takes to survive, not matter what the consequences are.

‘Stoker’ opens in the immediate aftermath of the death of India Stoker’s (Mia Wasikowska) beloved father and best friend, Richard (Dermot Mulroney), in a tragic auto accident on her 18th birthday. Her quiet life on her father’s secluded estate is suddenly shattered, but she refuses to connect with any other members of her family, including her emotionally unstable mother, Evie (Nicole Kidman). India further masks her feelings, which only her father understood, after his long-lost brother, Charlie (Matthew Goode), unexpectedly arrives for Richard’s funeral.

Charlie also surprises everyone when he decides to move in with India and Evie. While India is initially hesitant to trust her uncle, she increasingly becomes infatuated with her charismatic relative. She comes to realize, however, that his arrival is no coincidence. With her uncle by her side, India decides to finally fulfill her unusual destiny.

Goode generously took the time recently to sit down in New York City to talk about filming ‘Stoker.’ Among other things, the actor discussed what it felt like to be cast as an emotionally unstable character; Charlie’s isolated nature, and how that influenced his relationship with India; and what it was like working with director Chan-wookPark, who made his English language film debut with the thriller.

Question (Q): How do you feel about being chosen for this type of role?

Matthew Goode (MG): Typecast again. (laughs) But in some ways, you can’t help but think you’re doing something right. I was lucky, my good friend Colin (Firth) became too busy to do it, so that’s the first time I’ve ever had that happen. You read about that happening, and you go, lucky bastard, walking into a role.

But it wasn’t offered by any stretch of the imagination, it was a process. Nicole and Mia were already attached, and Director Park was doing it. It was a really great script, and I knew it was going to be competitive. A few of my good friends were in the hat, and it came down to the director’s taste, I suppose. Luckily, on this occasion, he went with me. So that was nice.

Q: How did you mask the accent? Naturally, your inclination is to speak in your British accent.

MG: I don’t know. It does differ from job to job, depending on the specificity on where you’re from in a region. On this one, it was slightly easier, because it’s a Gothic horror, and you’re coming from the south. We filmed it in Nashville, because that’s Nicole’s home territory, and it was easier for her to be a mom and everything else, and also finding the right location. Also, Charlie’s trapped in the past, so he’s slightly more Anglicized, I suppose.

But it differs from job to job. But it always scares the hell out of me. But the better the script, the easier it is, I find.

Q: Do you switch back to your British accent after every scene?

MG: Yeah, I go, (thick English accent) “How was that?” (laughs) I’m too embarrassed to stay in the accent. It works for some people, and I believe everyone has their own process and method acting. You do a lot of preparation and work hard, and I think between action and cut, I’m a method actor, if that makes sense.

Q: How did you read Charlie and his relationship with India, and how evil is born?

MG: Director Park called it bad blood, and the pre-desposition in the bloodline to do these acts. My whole thing with Charlie is that he’s isolated and lonely. It’s not a vampire film, but there are things that are similar, in the fact that he’s trapped in the past, and he never really grew up. There’s almost an innocence to him.

He must have heard from Mrs. McGarrick that he had this niece who’s like him. That’s very powerful in his life, that there’s someone like him, and he’s not alone in the world. We didn’t seek to ask every question, because I think audiences are far more intelligent. I think it gets very boring when it’s like, this is concrete. With these emotions and complex psychologies, I don’t think you can answer those questions.

So I don’t think it ever got to the lengths of it become a sexual relationship. But there has always been a strong link between sex and violence, so who knows what might have happened.

I also think that it suggestions each generation becomes more intelligent. She sees Charlie, although being attracted to him, she almost sees him as having to go. It is her story, so we are bizarrely happy for her.

Q: You’re also going to be working with ‘Stoker’ producer Ridley Scott on ‘The Vatican,’ a television thriller drama he’s directing; did this project lead into that film?

MG: Ridley was behind-the-scenes on ‘Stoker,’ and wasn’t physically producing on set. Ridley was going to do ‘The Counselor’ with Michael Fassbender and an amazing cast. I was up for a part in that, and it went very close to me getting it, and (writer-producer) Cormac McCarthy said, he’s too young for that. It was really depressing.

Michael was like, he really likes you, and I’m like, great, I’m glad he likes me. I never thought of anything happening again. But Michael was like, seriously, when he likes someone, he tries to get them into something. After a short time period, he was like, I’d love to get you in this.

I was making my mind up between that job and another job. The cast in ‘The Vatican’ is great, I love Kyle Chandler.

Q: Was it a big change, going from ‘Stoker’ to ‘The Vatican?’

MG: I’ve never signed onto anything before where they have the pilot, and then they’re like, then we’ll write it. (laughs) It’s like, so what’s my character? But Paul Attanasio, the writer, is such a cool guy. But even he doesn’t know what’s going to happen, so I’m like, figure it out, would you?

Hopefully it will go to series. It’s nice for me as a parent that it’s going to shoot in Rome, and then it’s going to move to London. So I’ll be hope, which will be easier.

Q: What was it like working with a director on ‘Stoker’ who doesn’t speak much English?

MG: It was actually quite easy. He understands more than he can speak. But ultimately, and not to sound facetious, but it was hard to know who to look at in the beginning. But it was easy, and we looked at him, and then at the translator.

We’d start the day by chatting about the scene. Then after the scene, he’d come over to the translator, and you work out shorthand. Between more extended setups, you’d have more extended scenes. 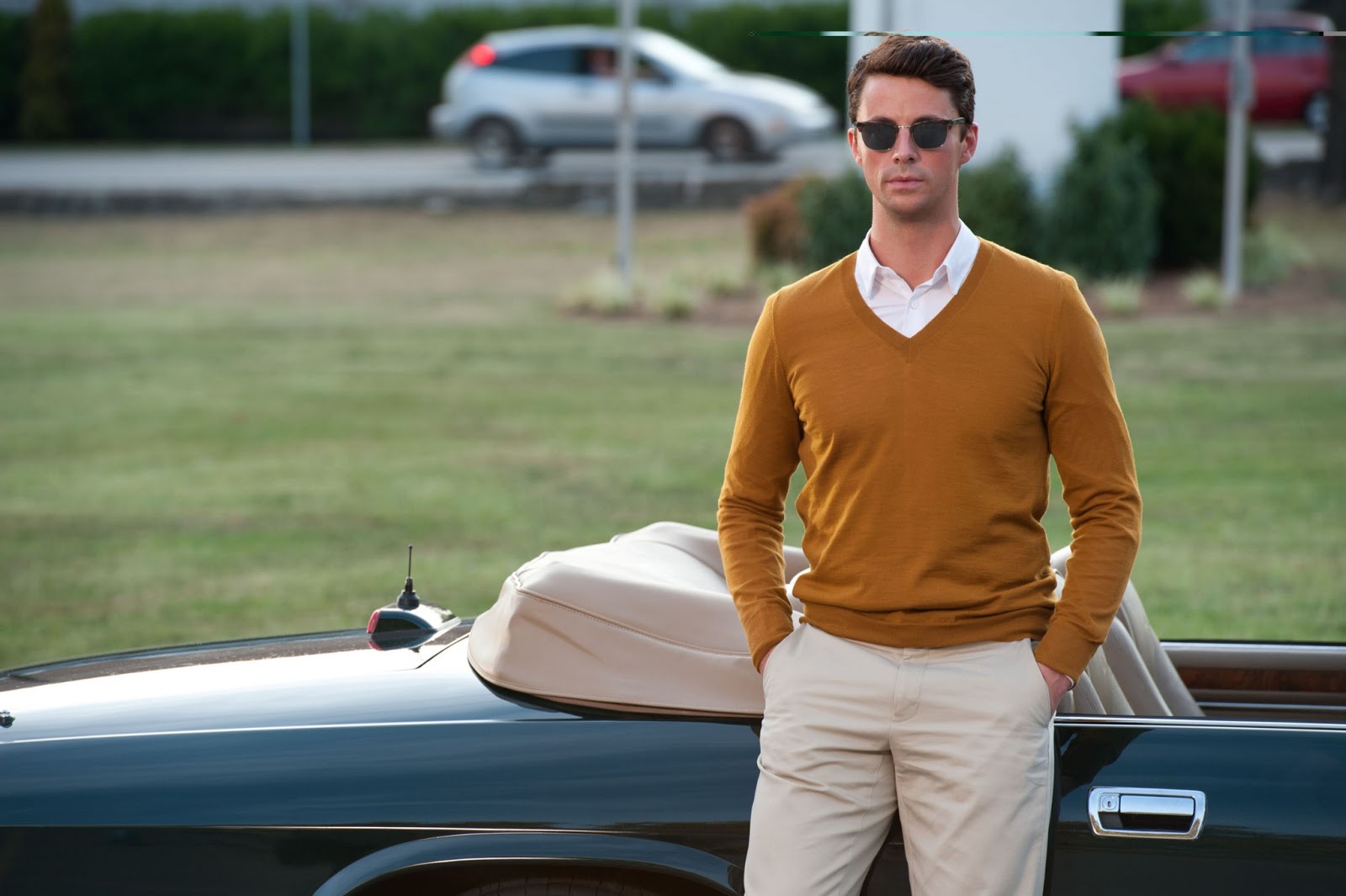