Fabolous hit the recording studio this week in Los Angeles to put the finishing touches on his ‘Dead Man Down’ Revenge Remix “Ultimate Diss” Contest track, ‘Success is Revenge.’ Philadelphia resident Saeed B. is the official winner, and is getting revenge on those who targeted him during his childhood by winning the contest. As the winning entry, Saeed’s tale of overcoming a reading disability served as the inspiration for Fabolous’ song.

Saeed’s teachers and classmates made fun of him when he was in elementary school for his reading skills, but he didn’t let those who targeted him get him down for long. He’s currently majoring in media studies in college, is reciting poetry and is even writing scripts and pilots.

The ‘Dead Man Down’ Revenge Remix “Ultimate Diss” Contest ran last month on Complex. Participants had to submit their story on how they’ve been wronged, which the promise of the winner’s rant being turned into their own diss track from the platinum-selling, Grammy-nominated rapper. The song will be performed live on BET’s ‘106 & Park.’

‘Dead Man Down’ is the American debut of Danish director Niels Arden Oplev, the helmer of the original ‘The Girl with the Dragon Tattoo (2009).’ The action crime drama opens today in theaters. The film follows Victor (Colin Farrell) is an enforcer to a New York City boss, Alphonse Hoyt (Terrence Howard), who was responsible for the deaths of his wife and daughter, an act for which Victor seeks revenge. Victor turns detective when his boss is under threat from an unknown killer. During the threat, he’s seduced by Beatrice (Noomi Rapace), who blackmails him into helping her with her own search for vengeance.

Check out ‘Success is Revenge’ and the red band trailer for ‘Dead Man Down’ below. 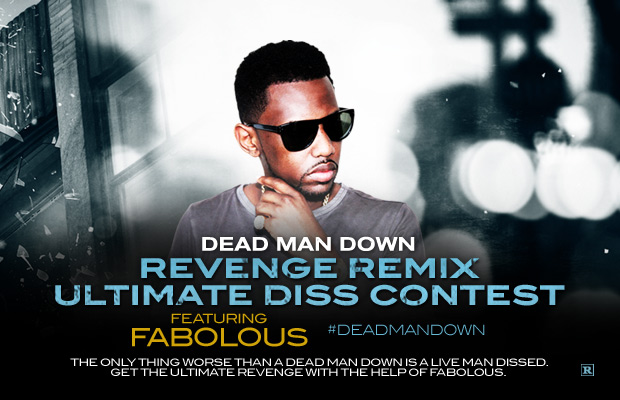