“What Maisie Knew,” starring Steve Coogan, Julianne Moore, Alexander Skarsgard and introducing Onata Aprile as “Maisie,” will be coming to theaters this May and in anticipation of the release, we’ve got the trailer and poster to show you guys! Check out both below the post.

“A contemporary reimagining of Henry James’ novel, WHAT MAISIE KNEW tells the story of a captivating little girl’s struggle for grace in the midst of her parents’ bitter custody battle. Told through the eyes of the title’s heroine, Maisie navigates this ever-widening turmoil with a six-year-old’s innocence, charm and generosity of spirit.

An aging rock star (Moore) and a contemporary art dealer (Coogan)—Susanna and Beale are too self-involved even to notice their neglect and inadequacy as parents; their fight for Maisie is just another battle in an epic war of personalities. As they raise the stakes by taking on inappropriate new partners, the ex-nanny Margo and the much younger bartender Lincoln (Vanderham and Skarsgård), the shuffling of Maisie from household to household becomes more and more callous, the consequences more and more troubling. Always watchful, however, Maisie begins to understand that the path through this morass of adult childishness and selfish blindness will have to be of her own making.

Directed by Scott McGehee and David Siegel, written by Carroll Cartwright and Nancy Doyne, and from the producers of The Kids Are All Right, WHAT MAISIE KNEW is a heartbreaking but redemptive story of family, self-sacrifice, and the indelibility of one child’s love, starring Julianne Moore, Alexander Skarsgård, Steve Coogan and Joanna Vanderham, introducing Onata Aprile as ‘Maisie.'”

You can learn more about the film at its official Facebook page. 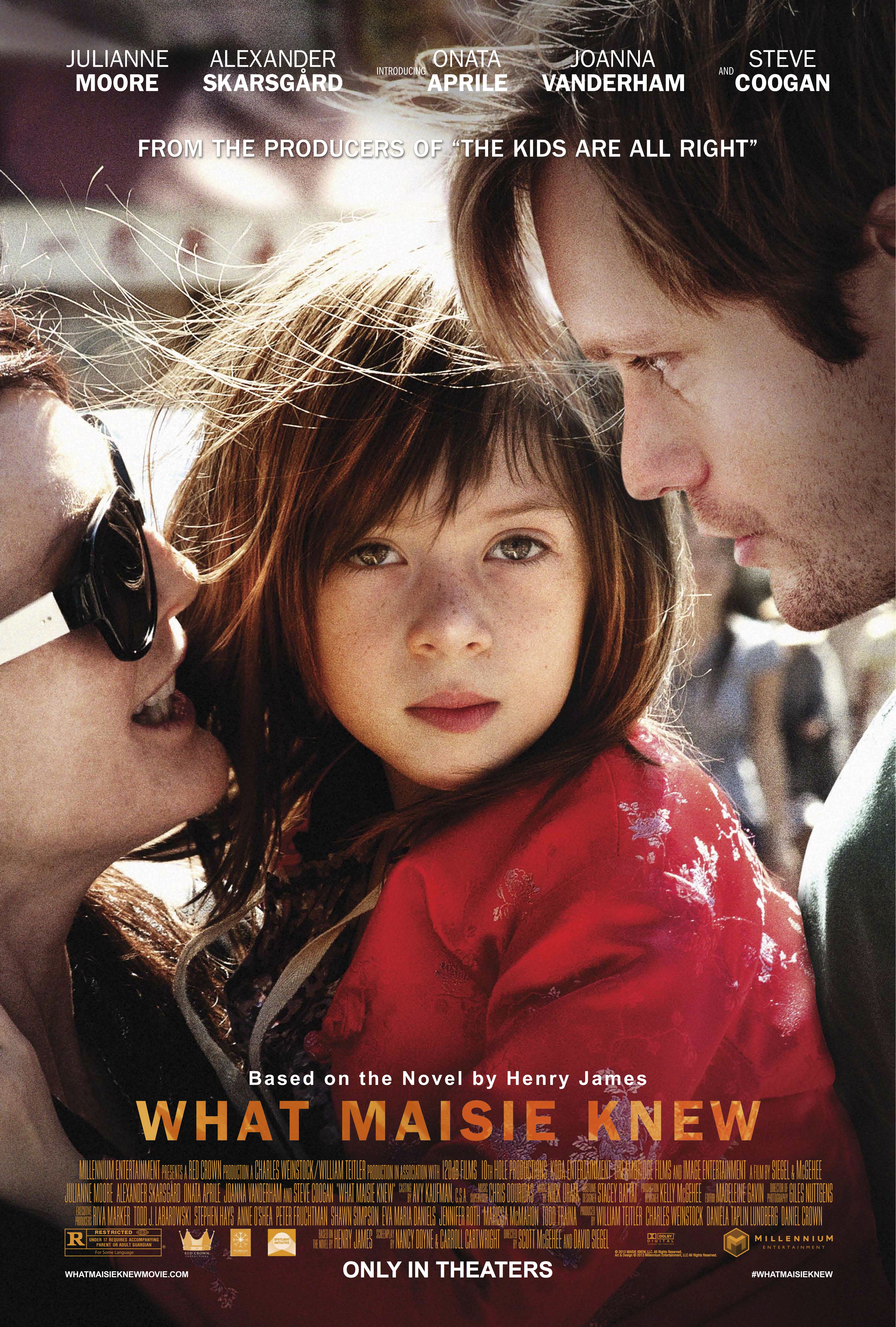