Last week’s premiere of “Vikings” had a whopping 6.2 million total viewers in its 10 pm timeslot, making “Vikings” a big hit for History! The second episode, airing Sunday, March 10, will delve more into Ragnar’s journey west. The episode will also introduce a new character, Athelstan (George Blagden). Athelstan is described as “a young, innocent Christian monk living in the remote monastery of Lindisfarne on the Northumbrian coast of England.”

Below are some clips from the upcoming episode as well as a preview. Check that out as well as the official synopsis for the episode, and remember to watch “Vikings” Sundays at 10/9c on History!

“‘Wrath of the Northmen’ – Sunday, March 10 at 10 p.m.
The stage is set for the first journey west by Ragnar Lothbrok as he gathers a crew willing to risk their lives to travel into the unknown. Earl Haraldson’s paranoia reaches new heights as it becomes apparent that trust is hard to come by in this dark era.
Directed by: Johan Renck
Written by: Michael Hirst

What do you think about the upcoming episode? Give your opinions in the comments section below. Also, make sure to check out the “Vikings” Twitter and Facebook pages!

Athelstan Warns That Judgment Day Is At Hand 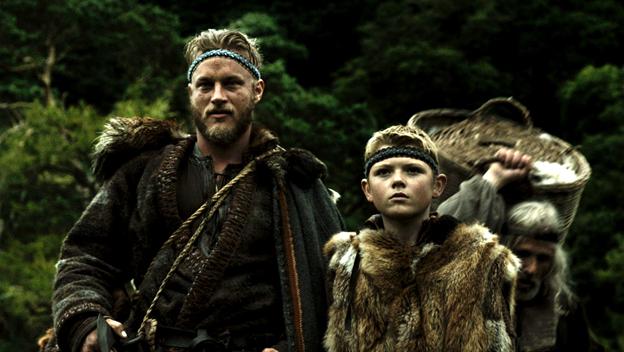