Remembering my high school moments immediately triggers the days when I opted for all black and listened to a mixture of My Chemical Romance and Coheed and Cambria. I am shameful of a substantial amount of my teenage music likings, but I will never trade in that “rebellious” stage for one more listen to ‘N SYNC’s “No Strings Attached”. A decade later, I am still a loyal fan of Gerard Way and Claudio Sanchez mostly because their bands introduced me to the far left side of music, where innovative tunes overshadow mainstream ones.

Coheed and Cambria’s lead guitarist, Travis Stever, continues to not let me drift right with his solo project, Davenport Cabinet. The folk rock outfit, which consists of Tyler Klose and Rory Hohenberger, dropped their new album, “Our Machine”, on January 15th via Everything Evil. Yes, I am two months late to the Davenport Cabinet trend, but the 16 track album breeds such originality that this review is better late than never. Formerly known as The English Panther, the trio released their debut in 2006. Stever then opted for the name, The Davenport Brothers, a pair of 19th-century magicians whose famous illusion involved a large cabinet filled with instruments which appeared to play themselves. In 2008, the outfit eventually became Davenport Cabinet and released the album, “Nostalgia in Stereo”.

As their second album as Davenport Cabinet, “Our Machine” draws on the theatrical aspect of rock, which Coheed and Cambria originally coined, but places the dramatic vocals beside a more folkloric melody. With these instrumental changes, Davenport Cabinet steer clear from becoming a carbon copy of Coheed. Kicking off with the song, “Deterioration Road”, the trio showcases the emphatic power of harmonizing, especially when done over a simplistic tempo. The transition from the first track (“Deterioration Road”) to the second one, “Simple Worlds”, instantly proves Davenport Cabinet is not a one trick rock outfit. While the earlier tune has a moodier appeal, “Simple Worlds” is the catchier song that adds balance to “Our Machine”. These jarring shifts from one track to another occur throughout the entire album, which leaves you positively unsure of what direction the next song will take. Like I have said many times before, unpredictability is key in the music industry and Davenport Cabinet continuously remind us why that is on “Our Machine”.

Standouts on the sophomore release include “Sister Servant”, “Drown It All”, “At Sea”, “Buried and Burned” and “First Drive”. Selecting this pack of favorites involved both the vocal and lyrical components of the tune, but more so included the instrumental arrangements of the song. I consider myself to be a music fan, foremost for the effects of a track’s words, but Davenport Cabinet has allowed me to understand how the tempo of a song can trigger a similar emotional response.

Shockya readers, I strongly urge you to take a listen to “Our Machine”, especially if you are a Coheed and Cambria fan. As a music lover, I come across new bands on a daily basis, but Davenport Cabinet has effortlessly surpassed any of my recent findings.

Head on over to iTunes to get your copy of “Our Machine”. 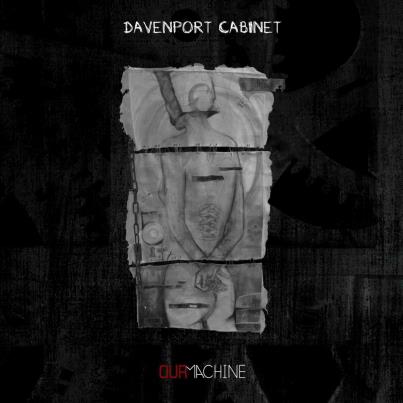