“G.I. Joe: Retaliation” is nearing its release date, but there is still time left to get hyped for its nationwide release!

Four new clips are now on the internet, showing more about the movie, the characters and the cool action you can expect to see on the big screen. In these clips and featurettes, you’ll be able to learn more about Dwayne Johnson’s “Roadblock,” behind-the-scenes video and an interview with Bruce Willis (“Joe Colton”), a clip of Snake Eyes (Ray Park) fighting Storm Shadow (Byung-hun Lee) and a clip of the crazy “Cliffside Battle” sequence!

“G.I. Joe: Retaliation” is directed by Jon M. Chu and continues the story of the G.I. Joes as they face the dreaded Cobra operation:

“In this sequel, the G.I. Joes are not only fighting their mortal enemy Cobra; they are forced to contend with threats from within the government that jeopardize their very existence. The film stars D.J. Cotrona, Byung-hun Lee, Adrianne Palicki, Ray Park, Jonathan Pryce, Ray Stevenson, Channing Tatum with Bruce Willis and Dwayne Johnson. Directed Jon M. Chu, and produced by Lorenzo di Bonventura and Brian Goldner, from screenplay by Rhett Reese & Paul Wernick based on Hasbro’s G.I Joe characters.”

The film will be in theaters, Real D 3D and Digital 3D March 28. You can learn more about the film at GIJoemovie.com 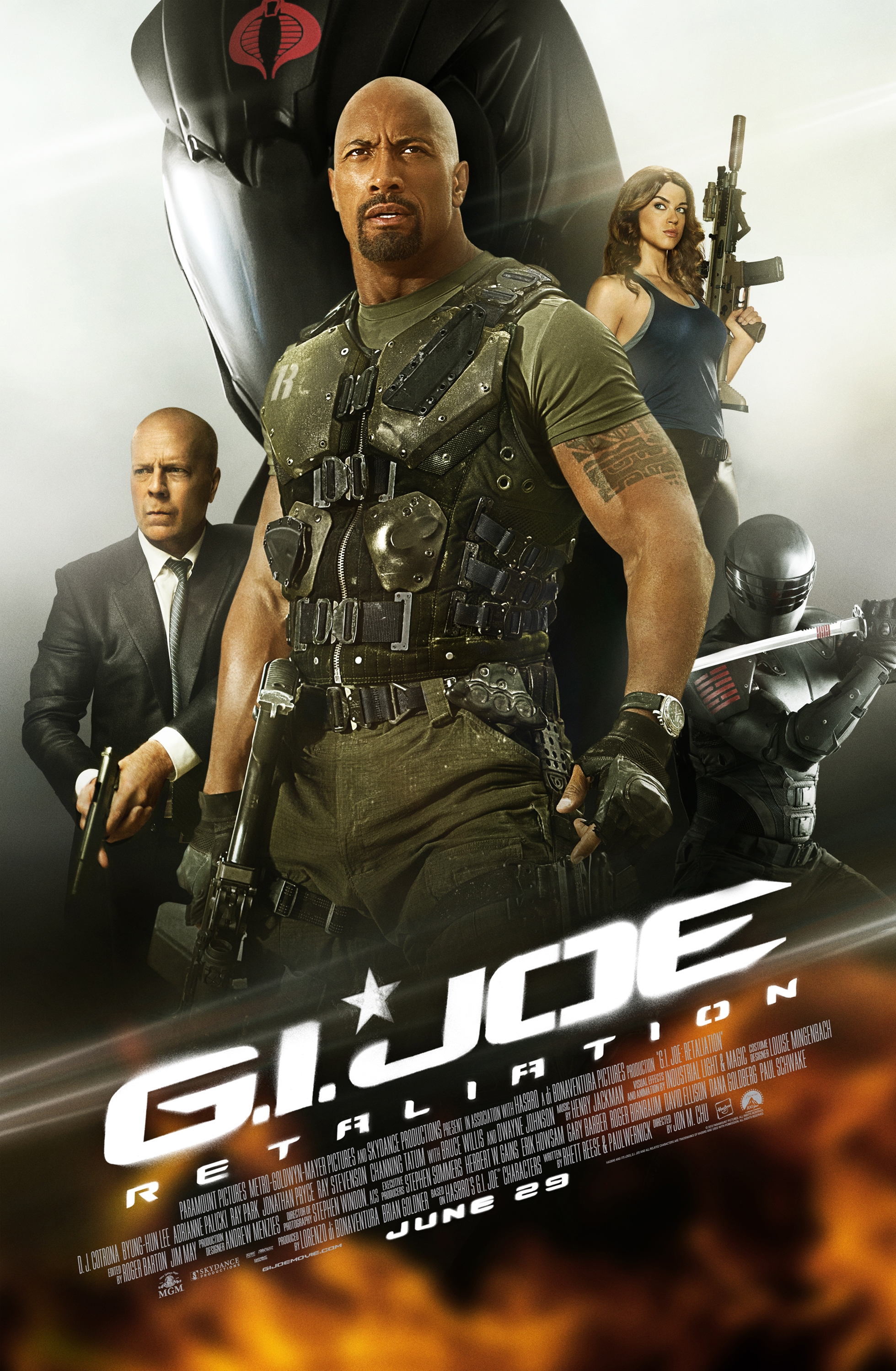