Ask any American schoolchild who is the father of our country and you’ll hopefully get the answer “George Washington.” Ask Québécois Canadians who is the father of Montréal and you may get the answer “David Wozniak.” OK, an exaggeration, maybe, but the lad did bring 533 people into the world, 534 if you count the one child he introduced to Canada the old-fashioned way, and that’s not bad for someone who never even had a wife. At the time that most of us males are extra fertile—during our adolescence up to about the age of thirty—we are in possession of some mighty potent semen, and what’s the thing to do that’s right up there with donating blood and saving lives? Why giving people the gift of life, of course, and all it take are a few magazines, a plastic cup, and an indifference to the notion that spilling your seed is somehow immoral or perverted.

That’s the way David Wozniak (Patrick Huard) thought: he had use for the money that the sperm center paid him–$24,000 in all back during the 1980s—yet David would seem to be the last guy in the world who should be a father. We know this from the movie “Starbuck,” which is directed by Ken Scott in his sophomore contribution as régisseur. Scott’s whose previous offering was “Sticky Fingers” or “Les doigt croches” about a group of bumbling thieves who stole millions but only one got away. Come to think of it, “Sticky Fingers” might be an apt title for this one but Scott, who shares a writing credit with Martin Petit, preferred “Starbuck,” since the title refers to a Canadian Holstein bull that produced hundreds of thousands of progeny by artificial insemination.

David could be called a manchild in that he lost $80,000 investing in far-out, failing businesses, is being chased by the mob, and who cannot even do a proper job of delivering meat in a timely fashion from his father’s business. David, whose expressions might remind cinephiles of Gérard Depardieu, has a girlfriend about to send him packing since he never calls, yet he is the biological father of 533 children, most of whom are now in their twenties. One hundred forty-two of these folks have sued the clinic to discover the identity of their biological father. A countersuit is not really explained or justified but is just something David’s lawyer Paul (Antoine Bertrand) dreamed up as a way of making money from the clinic. Though Paul, a comic creation in his own right, is actually living with his own kids, he never stops cynically speaking of the fatherhood as a bummer and tries to keep David from becoming like him.

When David secretly observes some of the 142 biological children whose pictures and bios he obtains, he finds himself gaining in maturity by helping them out or simply by making them feel good. He saves the life of a drug addict, visits and feeds a young man who is severely disabled, coaxes people in the Métro to contribute to a guitar-playing singer, aids an actor to make the audition on time, and teaches a Goth who is ostracized to join him in the weekly soccer game that David enjoys with his friends.

“Starbuck” has a decent share of laughs given the two cartoonish men depicted therein and, to be sure, Is abundant on sentiment—lots of hugs, a feeling of family however large, experiences that would be difficult to duplicate unless you’re blessed as well with a Guinness-book record-breaking family size. Patrick Huard firmly anchors the production as a bearded, pot-bellied screw-up (or, more accurately as the story brings out “El Mastabator”), who learns that notwithstanding the pressure put upon him by the Mob, a loving family is what life is all about.

White subtitles are difficult to read against light background, but that won’t be a problem for Americans who will see the remake with Vince Vaughn scheduled to open October 4th with Ken Scott against at the helm. 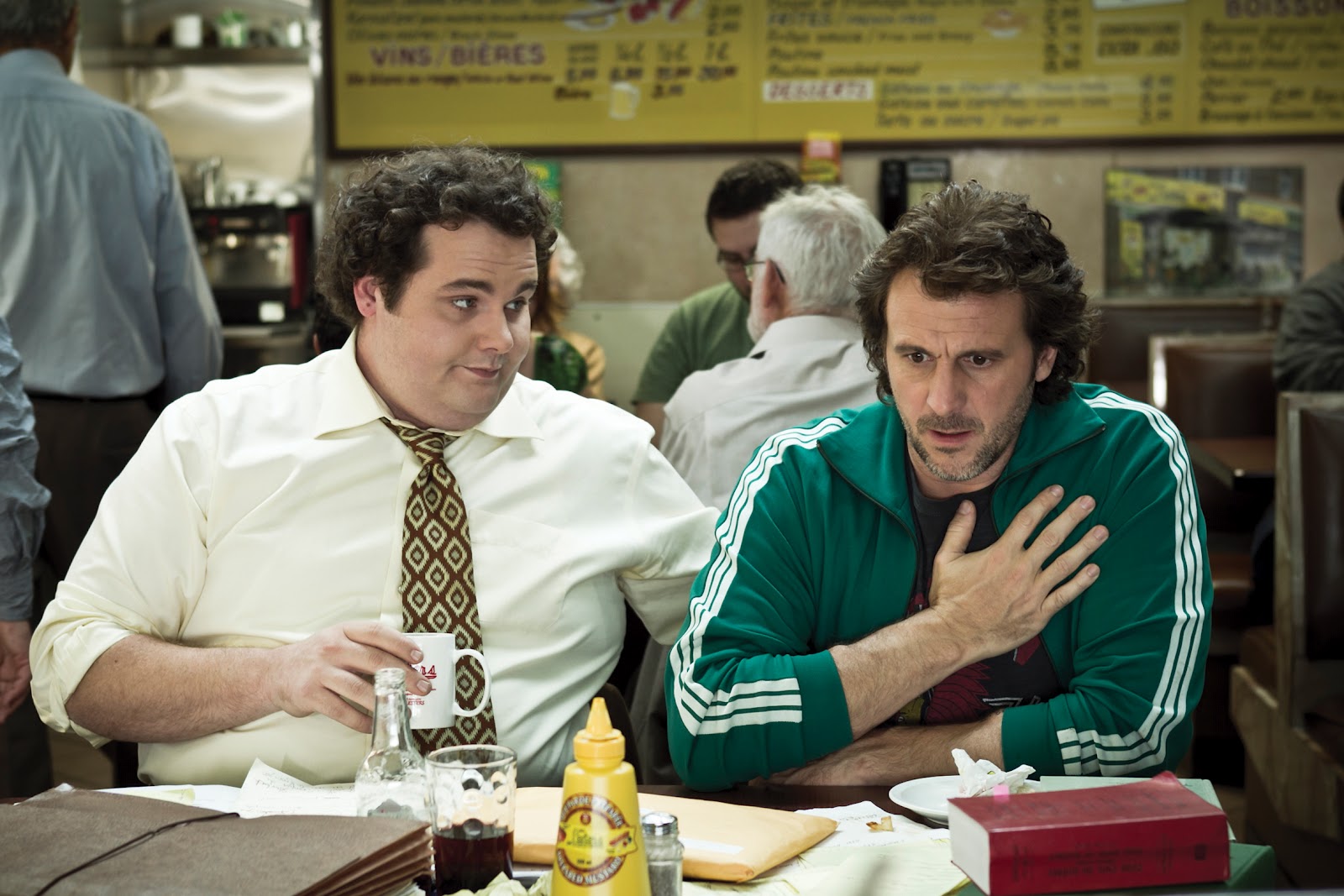