The box office results for March 15th – 17th has Oz the Great and Powerful still ruling while The Call reaches more people than expected. Here are the studio estimate:

In weekend #2, Oz the Great and Powerful held up fairly well, dropping just 47% from its opening weekend. Domestically, the 3D prequel to The Wizard of Oz has risen to $145 million. It’s going to be here for a while, folks.

Many people were projecting The Call as a major flop yet the thriller starring Halle Berry answered with a surprising second-place result on its opening weekend. Produced for $13 million, this actually could be the year’s second Sleeper Hit (Identity Thief was the first).

Despite having star-power as part of its comedic act (Steve Carell, Steve Buscemi, Jim Carrey, etc.), The Incredible Burt Wonderstone could not conjure up any financial magic. And with a production budget of $30 million, this will have to rely on a strong DVD/On-Demand campaign. Warner Bros. and New Line Cinema will be lucky to break even on this sucker.

This Friday’s releases will surely give the top ten a makeover. The Croods will add another 3D animation to the party. And speaking of party, the R-rated Spring Breakers will invade just over 600 theaters across the country. Also coming in is the comedy Admission and the action-thriller Olympus Has Fallen. Reviews will be right here my fellow Shockers! 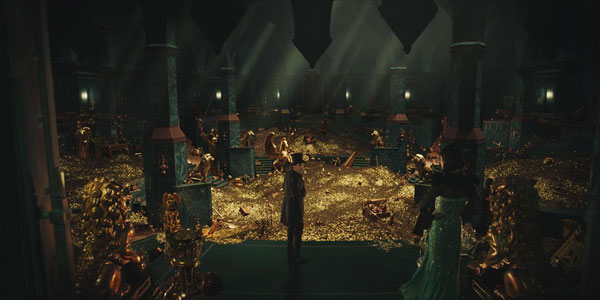