I had a chance to chat with Michael Koske, a zombie regular on the show The Walking Dead. Michael talked to me a bit about the daily shuffle of being a member of the undead before heading off to make an live appearance at MegaCon in Orlando.

I’ve kinda just gotten into horror movies, I didn’t used to watch Horror movies until I got on the show. All my friends and the FX people have been giving me grief asking if I’d seen a movie and I’d have to tell them I hadn’t seen it yet. They’ve given me a big long list of movies to watch. Me, I’m more of a comedy guy, I like to laugh. But my favorites are the old Bruce Campbell movies, Army of Darkness and Evil Dead. I’ve really gotten into them.

I’d have to say Star Wars, I grew up on those watching them tons and tons of times.

What are you scared of?

Despite being a zombie on a TV show, I’m actually really scared of dying, of death. I’ll do all the crazy stuff that can lead to that, like skydiving, but yeah I’m not scared of bugs or anything like that.

How long does it take you to get into make up?

It kind of depends on what you’re doing that day, but the average is 2-2 ½ hrs, something around there. I’ve gone way over that before!

How do you pass the time while you‘re sitting there?

A lot of times the FX people will have music going, or I’ll just be in here goofing off telling stories and jokes. And a lot of the time just sleeping. You get there really really early and just kind of pass out in the chair until they ask you to turn your head or something.

What do people look for in a good zombie- bone structure, snarling ability, do they make you read lines?

A lot of it is tall, skinny, pronounced bone structure stuff like that.

Do you have something special or signature move that you try to bring to your zombies?

I like to do a little sneer and kind of a head turn. I don’t do any of that leg drag stuff, that’s kind of frowned upon because it’s so over done.

Do you free-style your zombie walk or is there a special technique you use?

I kind of free style it, but a lot of times because we’re doing it so early and we’re kind of tired we’re sort of tripping over things anyway.

What do you imagine your character’s background is when you are shuffling around?

A lot of times we just kind of go with it, but sometimes when we’re sitting around on set for hours and hours we’ll all get together and talk and we’ll kind of come up with back stories based on whatever clothes we’re wearing. There’s actually a Walking Dead Wikipedia sort of site where they have all these back stories for all the characters, one of the zombies I was in season 2 where I had on a full military uniform and he had a name tag on it that said “Callaway” and they came up with a back story for me. It was kinda cool reading that and thinking, “Wow, I never would have thought that!”.

What’s the most interesting way you have killed someone?

I’ve never gotten to kill anybody.  I’ve gotten so close so many times, and then I always get killed!

From an insider’s perspective, what’s the best way to stop a zombie?

I’ve been chopped so many ways and they’ve all been pretty effective. A machete to the head, a bayonet through the chin… I guess massive head trauma will pretty much stop a zombie.

What advice would you give to other zombies trying to break into show biz?

Don’t do the leg drag! And don’t eat very often, they like tall skinny zombies. 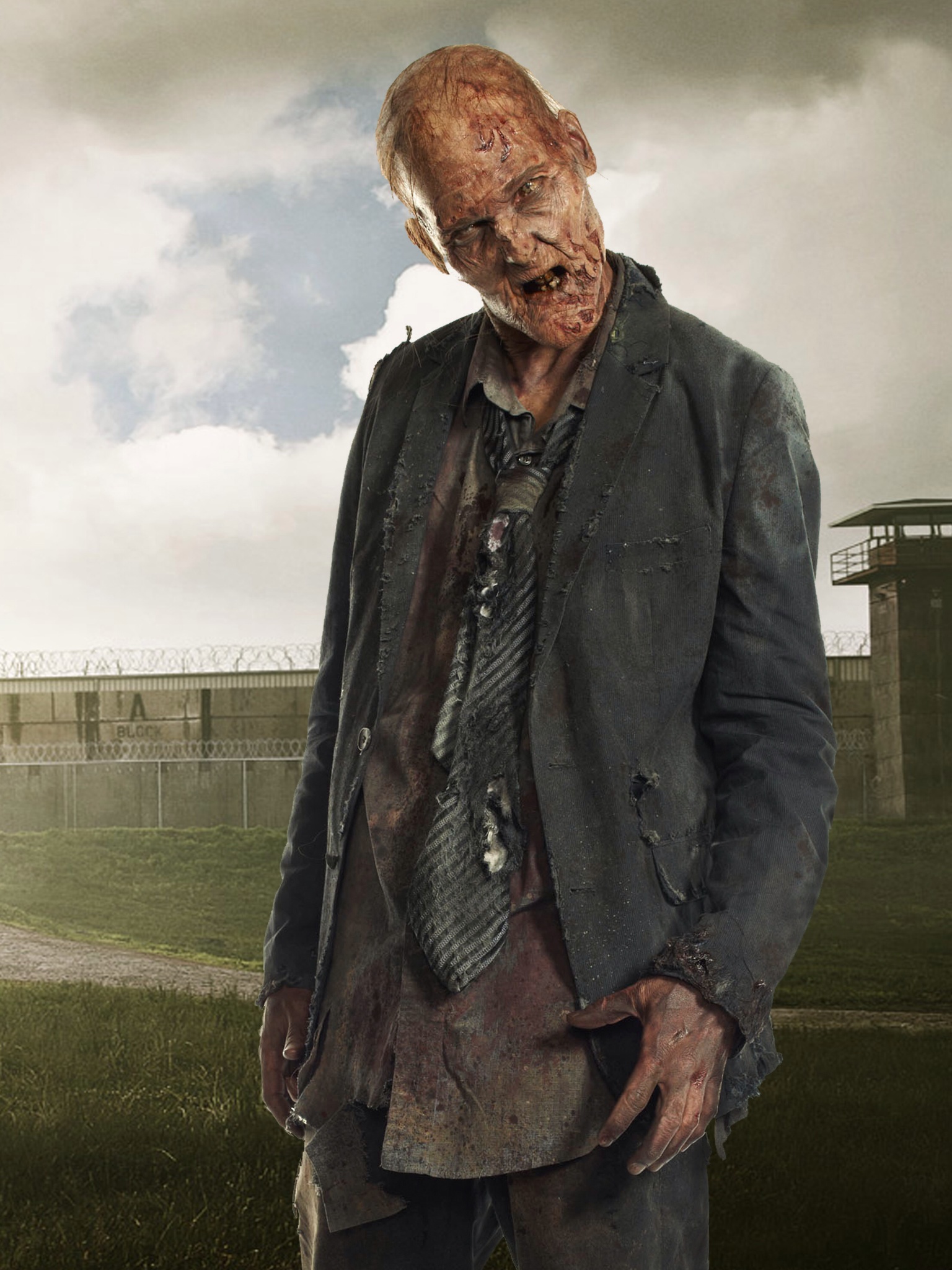