Title: A Fierce Green Fire: The Battle for a Living Planet

Inspired by Philip Shabecoff’s book of the same name, the ambitious documentary “A Fierce Green Fire: The Battle for a Living Planet” takes as its subject the very history of American environmentalism. From the foundings of Greenpeace and the Sierra Club as well as the inaugural Earth Day through the Love Canal disaster, fights for global rain forests and the counter-revolution pushback of industry during the Reagan Administration on to climate change and more, director Mark Kitchell’s wide-ranging yet compelling film showcases a rare and cogent macro-portrait skill unmatched in the arena of this topic since the Oscar-winning “An Inconvenient Truth.”

“A Fierce Green Fire,” which premiered at last year’s Sundance Film Festival, is partitioned into five chapters — Conservation, Pollution, Alternatives, Going Global and Climate Change — and narrated by Robert Redford, Isabel Allende, Ashley Judd, Van Jones and Meryl Streep, respectively. After a bit of a slow start, the movie catches the imagination in detailing the Sierra Club’s derailment of a plan to dam rivers in and around the Grand Canyon, and the federal government’s failed attempts to get them to back down by threatening their tax-exempt status. It was this period, in the late 1960s, that saw the Wild and Scenic Rivers Act and the National Trails Bill, in which over one million acres of land were designated as reserved. Then Earth Day 1970, which drew 20 million people to the streets, helped catalyze the transition in focus from conservation to pollution.

There’s necessarily some segment or conversational overlap here — especially when authors, activists, movement leaders and other talking heads are given the freedom to sketch out their motivations and feelings about environmental antecedents and subsequent impacts. But Kitchell (“Berkeley in the Sixties”), has a smart sense of how to craft a chronological narrative that isn’t just ploddingly sequential, blending together quite well archival interview and newsreel footage with present-day contextualizations.

Often times, the heavyweight anecdotal punching power is merely on his side; that’s certainly the case with the Love Canal imbroglio, in which a government official at one point admits to a 56 percent rate of birth defects in the New York community but claims they’re the result of “a random clustering of genetically defected people.” But Kitchell also stirringly ties environmental justice to social equality, showing how poor and minority communities were for too long the dumping grounds of the economic elite, to an even more shameful degree than true today. “A Fierce Green Fire” is essential viewing for those with a social conscience, and an interest in where we’ve been and where we’re going in the struggle for a better, sustainable world. 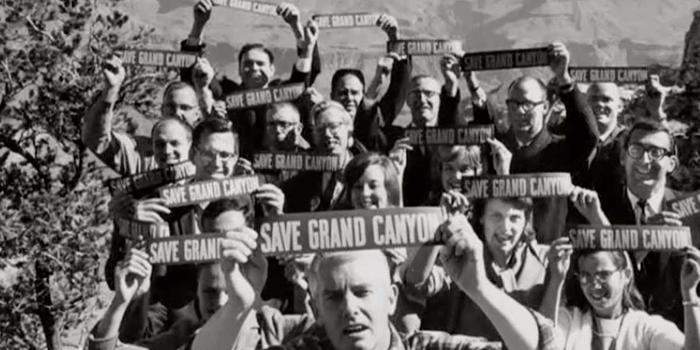 Cancel reply
Thor: Legend of the Magical Hammer Movie Review
The Wicked On DVD And Digital Download April 30
To Top