Iceland’s first CG animated film presents a retelling of the Norse legend of Thor, a blacksmith who wants nothing more than to become a warrior and to be acknowledged by his father Odinn, the king of the gods. An elf manages to cross over the rainbow bridge into Valhalla, delivering a magical golden hammer with a personality named Crusher. Odinn mistakenly throws the hammer to earth where Thor befriends Crusher, and uses the hammer to try to defeat an army of giants sent by Hel, the queen of the underworld, whom has trapped several friends and fellow villagers. Thor must rescue his friends, defeat Hel and prove to his father he has what it takes to be a warrior.

While this is a laudable first effort by Iceland, I didn’t like the retelling of the Thor legend. I also didn’t care for giving a personality to the Mjolnir. They would’ve been better off having some sort of sidekick like maybe Loki (who was not mentioned at all in the film) to assist with the hammer rather than creating a character meant to pander to children. Yes I get that the hammer is the treasure of the story, but it could just be what it’s supposed to be: a badass weapon; and Crusher was barely that. The character they created is cliche and lame. There was one scene that stood out for me, and that was when Odinn went into his palace kitchen and it was just a wall of ovens that housed food offerings with the prayers of mortals, and that was how the Gods were fed. Once the prayers stopped coming, the Gods went hungry. It was clever, and unfortunately that was the only scene I  enjoyed.

Thor: Legend of the Magical Hammer felt almost like a ripoff of Disney’s Hercules, which also borrowed loosely from traditional legend, and that’s just me being kind. Visually the film is attractive, but the pace is tedious. I honestly think kids would be bored or not able to follow the storyline. Animation buffs may overlook the lack of plot, but flashy effects and pretty colors aren’t enough. For Iceland’s next venture, I would much rather see a lesser known mythological figure rather than attempt to cash in on an already established franchise. 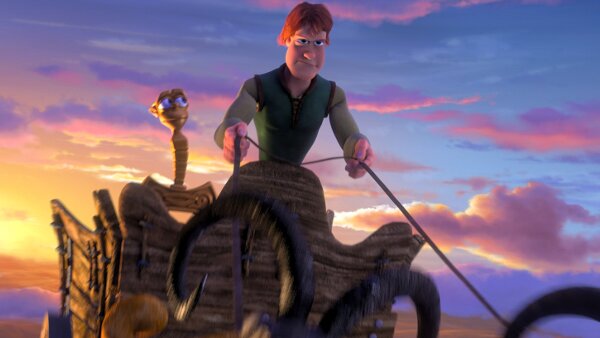