Spring Breakers and Mister Lonely are arguably Harmony Korine’s most accessible films to date. Early in his career, he developed an aesthetic that was more observant– like a documentary–than interactive, allowing his subjects time to grow and show themselves through small details while never passing judgement on them. Korine typically concerns himself with outsider culture or the deranged and often damaged. He has never been content with the ordinary, or the generically beautiful, but has found strange beauty in the most unlikely of places, such as the tornado-swept, devastated landscape of Xenia, Ohio in Gummo; or the portrait of a schizophrenic family in a small town in Julien Donkey-Boy. Of course, there’s always Trash Humpers, which involved bored teenagers wearing masks depicting the elderly doing exactly what the title indicates. Continuing his trend of surprises, Spring Breakers is also vastly different from his other films in several ways: he casted known actors and actresses outside of their normal function; and stylistically, it’s more lyrical, often ethereal, with his trademark bursts of violence and unnerving sequences filled with pure mayhem, all set to an ambient soundtrack that is only intermittently broken up by Britney Spears and Skrillex.

You’ve probably seen them on various Disney shows and other kid-cum-teenager themed television shows. Selena Gomez, Vanessa Hugdens, Ashley Benson are all recognizable faces, and the only unknown of the group being Rachel Korine, Harmony’s wife. This gang of girls have exciting plans for their spring break, but due to unforeseen circumstances, they end up robbing a restaurant and ultimately finding themselves involved with a rapper named “Alien” (real name Alan), played by James Franco, whose cornrows and quasi-mystic outlook on life make for an unusual experience and an even more complicated character. For Korine fans, this was probably a bigger what-the-hell than any of his previous outings, since they might be his most bizarre casting choices to date. Make no mistake though, this is no less a work of an auteur than anything he’s done before. Korine’s way of showing how the beautiful can turn ugly in a matter of moments is illuminating, a slight transformation from his early work of how the ugly can be beautiful.

Harmony’s quote, “I never wanted to make sense, I wanted to make perfect nonsense”, became something of a mantra for him. Narratively, he’s never made any sense in a conventional way, but his daringness and urgency to create something completely and totally unique is what garnered such attention by fans of independent cinema. Spring Breakers is short on story but heavy on tone and visuals, not dissimilar from a Terrence Malick film, only far more confrontational. In that same way, Breakers is heavy in voiceover. James Franco’s is one of the most memorable, which consists of repetition,”Spring break…..spring break…..spring break”, in a labored monotone that sounds like an exhausted man trying to convince himself of his life’s significance. Because it’s so short on script, there’s very little backstory or exposition, which many will find off-putting because Korine challenges both himself and the audience in still caring about them on their own terms, as opposed to applying a backstory that makes it easier to care. It isn’t all serious, in fact there are plenty of moments of laugh-out-loud humor. One scene in particular is where Alien is showing the girls his room, like an excited kid who’s gained a few new friends.

Harmony isn’t at all interested in passing judgement. Whether it be in Gummo or Mister Lonely, he leaves those feelings to the audience, and only allows his camera and crew to film. All that he seems bent on is documenting bizarre characters and their interactions with the external world, allowing the story to unfold naturally. Even though it has a documentary aesthetic, he doesn’t forget to tell a story, of course. Korine never once forgets that movement is a key ingredient in keeping the audience invested. In a way, the audience even loses a sense of time and space, where the past and present blur together as the girls’ situation becomes progressively more dire and violent. What’s more, Korine’s dynamic editing contrasts two completely separate views of reality: one is polished and beautiful (what we want to see), while the other is ugly and degrading (what we ignore). Spring Breakers is a surreal, sometimes jarring trip through America’s lost youth, with natural neon lighting, gaudy hotels, fiery sunsets and sweaty cavorting bodies filling each and every frame. 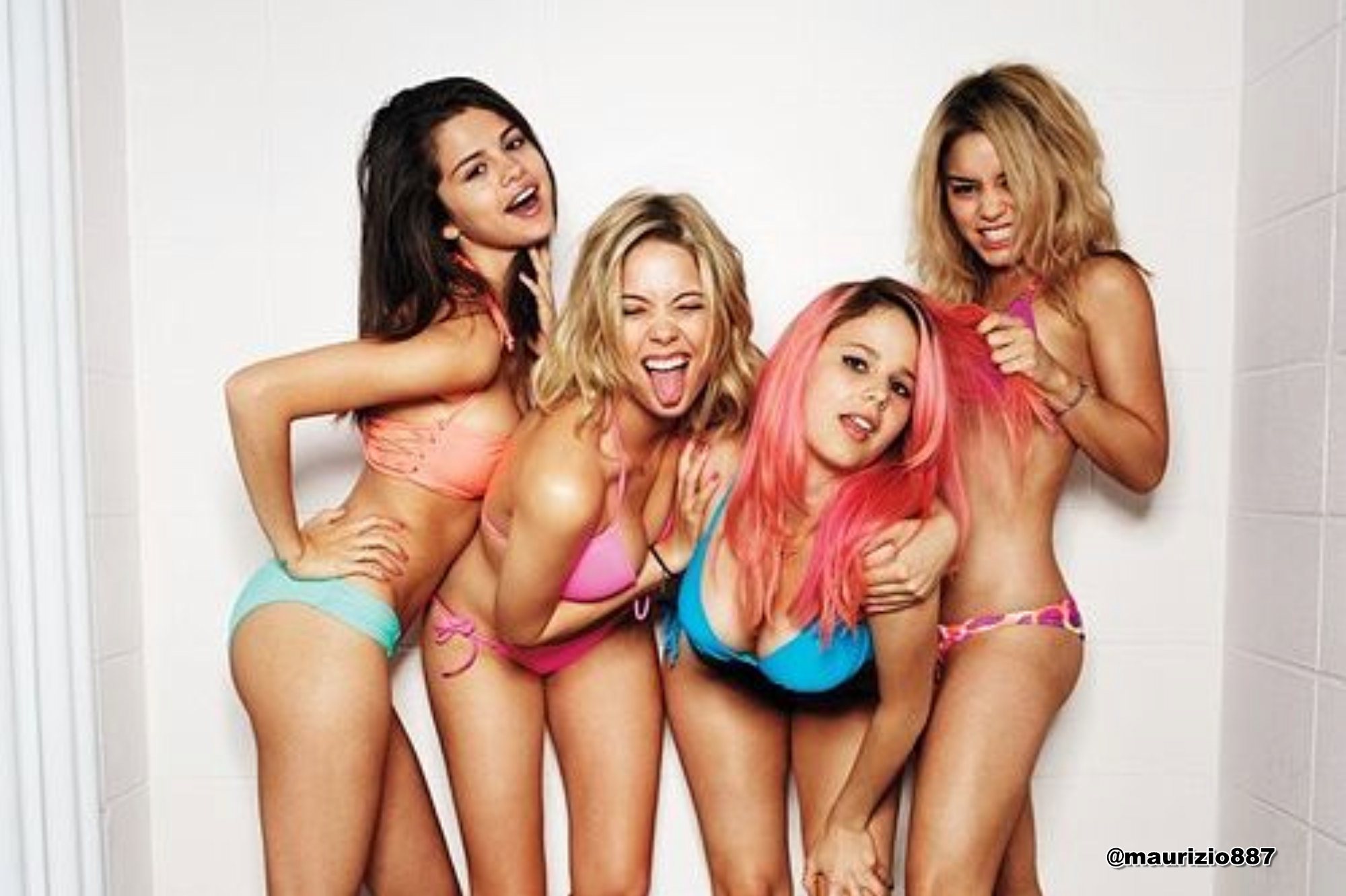