Despite the frigid New York weather, spring is underway and summer is fast approaching. One perk of the dreary climate is that it allows for an easy conversation starter for those awkward encounters. “Ugh, this weather is horrible” is a statement that is beginning to become overused. So with wishful thinking and playing summer-esque songs, I am hoping the temperatures will resemble the season sometime soon.

Kicking off my “blazing” playlist of 2013 will be the fittingly titled song, “Oceans”, from the San Antonio-based rock band, Hydra Melody. “Oceans” is the second track off of the band’s currently untitled full-length album, which will drop in this summer. Consisting of Jordan Berlanga (lead vocals/guitar), Jason Harari (bass/vocals), Justin Berlanga (keyboard/vocals), Matt Gomez (drums), Manny Prince (percussion/congas) and Taylor Ferguson (lead guitar), Hdyra Melody has had a hectic 2012, playing the CMJ Music Marathon and opening for bands such as Early Avenue, The Early November, Tyler Bryant &The Shakedown, Minus The Bear and The Toadies. The sextet recently headed down to the 2013 SXSW festival to perform at a handful of showcases.

Following the single release of “Belmar Princess”, “Oceans” lyrically suits the current weather epidemic with its opening gloomy verse becoming more hopeful as the infectiously melodic chorus takes hold. With a single play of the track, it becomes apparent Hydra Melody doesn’t play favorites amongst the lyrics and instrumentals of a song. The outfit is precisely attuned to both, which allows for “Oceans” to have a strong story line that invokes emotions with each chord change.

You can take a listen to “Oceans” on Guitar World.

For more information on Hydra Melody, head on over to the band’s official site. 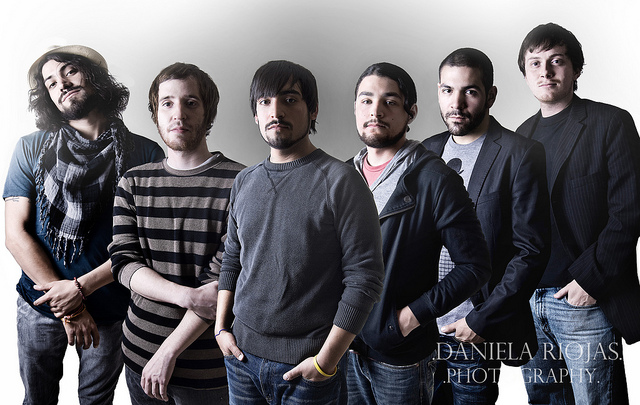