Fighting temptation and staying committed to a marriage and achieving your ultimate career goals is often a constant challenge people face as they begin to lose interest in, and become bored with, their seemingly mundane lives. That’s certainly the case with the main character, Judith, in the new drama ‘Tyler Perry’s Temptation: Confessions of a Marriage Counselor,’ which was directed and written by Tyler Perry, who once again reflects on the difficulties of romantic and familial relationships. While Judith seems to have a healthy marriage and is on the road to achieving her professional dreams, a seemingly tempting offer by a new man offering her a better life calls into question her own happiness and need for change.

‘Tyler Perry’s Temptation’ follows the disintegration of the marriage between childhood sweethearts Judith (Jurnee Smollett-Bell), who works as an in-house therapist for an upscale matchmaking agency in Washington, D.C., who wishes to become a marriage counselor at her own practice, and Brice (Lance Gross), a pharmacist whose dream is to own his own pharmacy. But after being married for six years, Judith finds herself increasingly unhappy with some of her husband’s transgressions, such as his forgetting her birthday two years in a row. Judith’s feelings towards her marriage and her perception on romantic relationships start to change when her boss, Janice (Vanessa Williams), pushes her to work with billionaire and social-media entrepreneur, Harley (Robbie Jones), as she hopes to negotiate a business deal with him.

While Judith is initially charmed by Harley’s seductive ways and his high-class lifestyle, he reveals his true personality as an possessive womanizer and drug and alcohol abuser. But she’s soon sucked into his seemingly glamorous lifestyle, much to the dismay of her husband and her religious mother, Sarah (Ella Joyce). With the help of his new employee, Melinda (Brandy Norwood), at his drugstore, who recently moved to the nation’s capital, Brice vows to save his estranged wife from not only the abusive Harley, but also herself as she begins to throw her dreams away.

Perry, who stayed behind the camera for his latest film by writing, directing and producing the drama, commendably tried to showcase some of the most tumultuous struggles that plague marriages today, from spouses being tempted by the promise of a more glamorous lifestyle with another partner to questioning whether they’re truly happy with the predictable lifestyles they have fallen into. Unfortunately, the filmmaker’s latest storytelling effort has become predictable and highly reminiscent of his past dramatic efforts that examine marital issues, such as ‘Why Did I Get Married?’ and ‘Good Deeds.’ After ‘Temptation’ briefly chronicles Judith and Brice’s instant connection growing up in a small religious town in the South and their challenging transition into life in Washington, it becomes fairly obvious that she would no longer wish to be tied to her childhood sweetheart; Brice only reminds her of her tumultuous relationship with her mother and her failed professional dreams, and Harley offers a seemingly perfect escape from what she perceives to be a mundane life.

The drama unfortunately feeds into every clichéd perception of a woman struggling to find her own identity in both her marriage and career, and takes advantage of those closest to her in order to achieve her goals. Judith doesn’t truly appreciate the fact that Brice works hard to help support her and allow her to realize her desire to become a marriage counselor, or that Sarah has led a virtious life so that her daughter could pursue any desire she has. The predictable plotpoint of Judith falling for Harley’s manipulative tricks, knowing full well that he has an agressive and possesive personality, just because he has the money to endulge her dreams is the entire driving point of the conflicts in the film; the story disapointedly does little to truly explain how Judith and Brice have become so estranged, or the reasoning behind Harley’s controlling ways.

‘Tyler Perry’s Temptation’ also contritely failed to feature any groundbreaking or emotionally riveting performances by the lead actors. The most wooden, inexpressive portrayal was given by media mogul Kim Kardashian, who was unable to translate her success on reality television and with clothing lines into her supporting character, Ava. While Kardashian’s life is driven by fashion, she was unable to connect with her character at all, even though Ava is one of Judith’s co-workers who’s obsessed with image and how the looks of the company’s employees will reflect on their business. The actress was regularly void of emotion as she mechanically repeated her lines from the script. While Smollett-Bell at least attempted to infuse Judith with a defensive nature while Ava continuously criticized her appearance, Kardashian appeared inept at understanding her character’s drive for success or need to criticize those around her to make herself feel better.

While the drama regularly features predictable plot elements about a woman selfishly striving to obtain success at the cost of her relationships and uninspired, unemotional portrayals, costume designer Johnetta Boone skillfully created unique outfits for the characters. The main character to undergo a revolutionary change is Judith, whose transformation from a caring wife to a career-obsessed adultress is highlighted by the highly contrasting outfits she wears. Initially wearing long, practical skirts and dresses and bulky, awkward wedge shoes to work when the film begins, Judith drastically changes her image to keep Harley’s attention. When Harley starts showing that he’s losing romantic interest in her, Judith begins wearing low-cut dresses and tight jeans to show that she could be the woman he wants, even at the expense of her own safety.

‘Tyler Perry’s Temptation’ is a credible dramatic effort by Perry that aims to showcase some of the most tumultuous struggles that plague marriages today, including adultry and losing interest and love for the other person. Unfortunately, the film feeds into every clichéd perception of a woman struggling to find her own stability and happiness, in both her marriage and career; Judith is the epitome of women willing to sacrifice their happiness to find something more exciting, even though they know their actions have the potential to cause themselves and others harm. The relatablility and believability of the story is also hindered by the unexpressive acting from many of the actors. However, Boone was skillfully able to help build the transformations of the characters by creating stunning outfits that reflect their ever-changing personalities. The intriguing change of costumes not only reflect the ever-changing motivations of people when they’re thrust into challenging situations, but also how the views of other people can change the way they look at themselves. 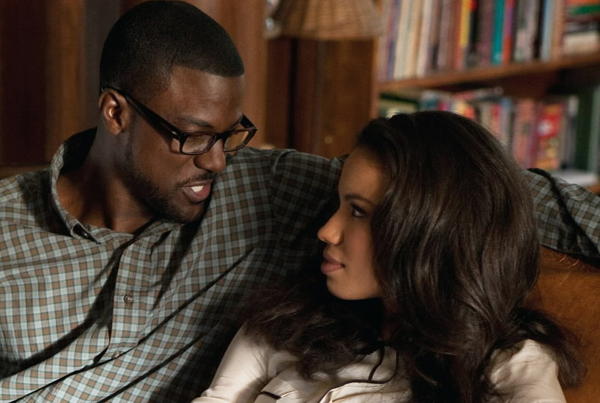