The box office results for the 2013 Easter weekend has a delayed sequel finally showing up and taking over. G.I. Joe: Retaliation dropped in and kind of hit its target. Meanwhile, The Croods held strong and Tyler Perry’s latest does what all Tyler Perry’s movies do (negative reviews, $20 million opening weekend). Here are the studio estimates:

After lackluster test screenings and wanting to convert the sequel of the poorly reviewed 2009 installment to 3D, G.I. Joe: Retaliation was bumped from its 2012 summer release slot. The strategy, which also included unveiling this sucker on Thursday, executed by Paramount didn’t do anything beneficial as the flick opened slightly below 2009’s take ($54.7 million). And still received crappy reviews. Factoring in Thursday’s gross, the military action product is up to $51.7 million on the home-front. Spending $135 million on this operation will have the investors relying on a prosperous international campaign, which is already off to a solid start with $80.3 million.

Tyler Perry’s Temptation opened on par with most of his other cinematic properties. While the production budget has yet to be reported, his flicks usually cost around $20 million to make.

The Host will be relying on a hopeful DVD/On-Demand run as the mediocre opening will not be a catalyst in offsetting the production budget of $40 million. Even though this is based off the book by Twilight Saga scribe Stephenie Meyer, the Twi-Hards apparently are not into sci-fi love stories.

The Croods held up very well in weekend #2, dropping just 39%. The 3D animation is now up to $88.6 million domestically, and may receive a slight boost on Easter Sunday thanks to its universal family appeal.

This Friday, it’s remake time as Evil Dead is the only newbie going wide. Also showing up, another pointless 3D version of a past flick: Jurassic Park. Review for Evil Dead is already up my fellow Shockers! 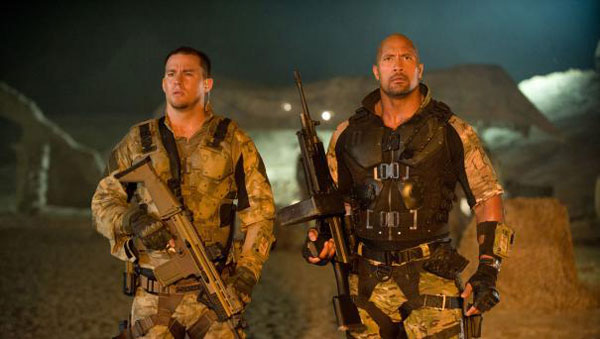