Wicked New Clip from Evil Dead “Get Me Out Of Here”

Watch the brand new movie clip “Get Me Out of Here” from the remake of “The Evil Dead” written by Sam Raimi and Diablo Cody, produced by Bruce Campbell and starring Jane Levy, Jessica Lucas, Shiloh Fernandez, Lou Taylor Pucci and Elizabeth Blackmore.

Film Synopis: In the much anticipated remake of the 1981 cult-hit horror film, five twenty-something friends become holed up in a remote cabin. When they discover a Book of the Dead, they unwittingly summon up dormant demons living in the nearby woods, which possess the youngsters in succession until only one is left intact to fight for survival. ~ Sony Pictures 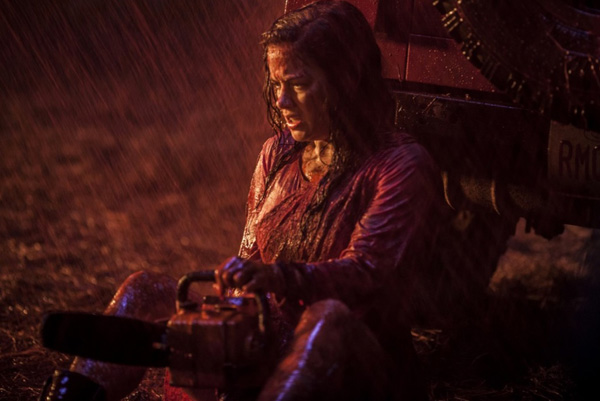